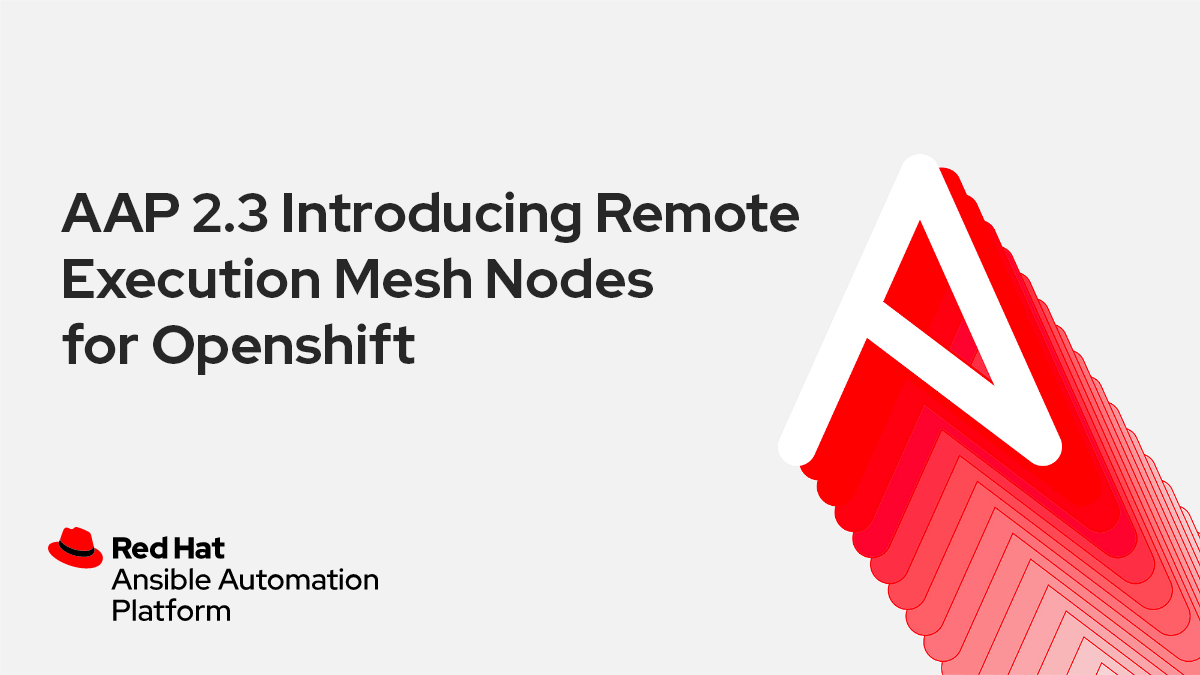 Automation mesh provides a simple, flexible and reliable way to scale automation of large inventories across diverse network topologies, platforms and teams. It was important to evolve how the platform was developed, managed, operated to meet business demands and needs, for the large majority of customers.

Prior to AAP 2.3, the automation mesh was mostly a VM deployment base option and feature. I’ve tried to highlight the main differences between platform choices in this diagram:

We are now starting to level up the feature parity, and this brings remote mesh execution nodes to non-VM supported deployments. Before we look more at the new feature, let’s look at the options that were available before: 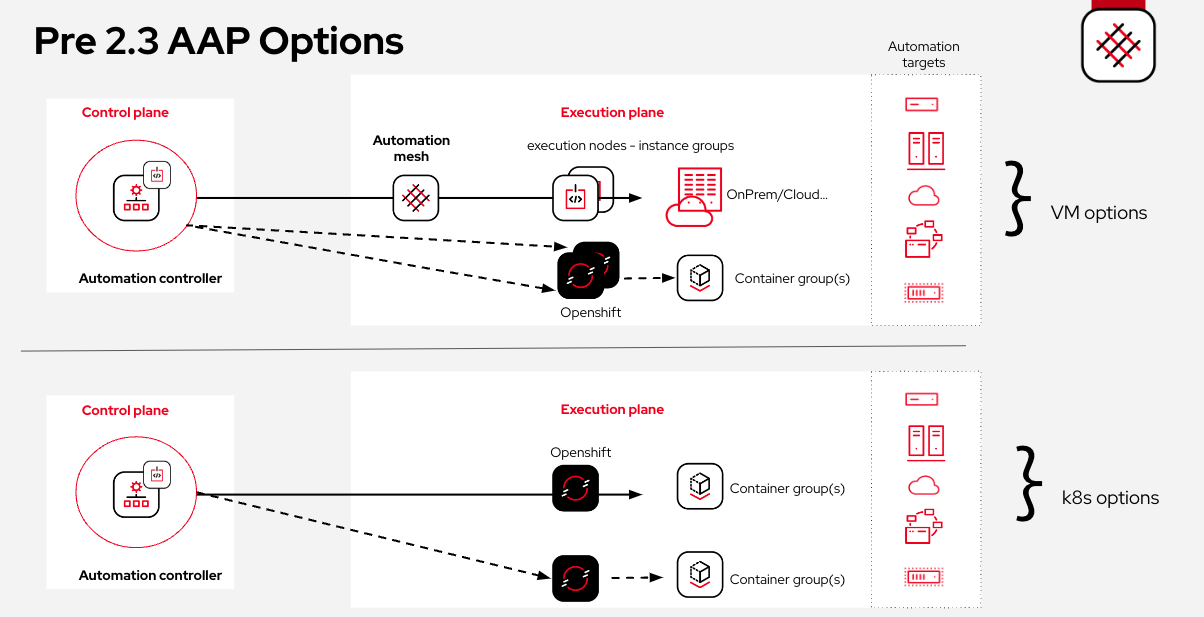 For VM based deployments, the automation mesh introduced horizontal scaling, the ability to scale your automation needs out, whether locally or globally. We did this by installing execution and hop nodes where we needed them, to allow us to wrap new style automation around the existing instance group functionality.

For non-VM based deployments, such as those running on Red Hat OpenShift, you could only target automation using container groups, which made use of the Kubernetes API to create dynamic containers for runtime automation.

This was fine if that was all you needed, were all in on the kubernetes cloud native approach, but left a gap if you needed a more traditional, hybrid configuration, so allow you to run workloads in different locations or environments. 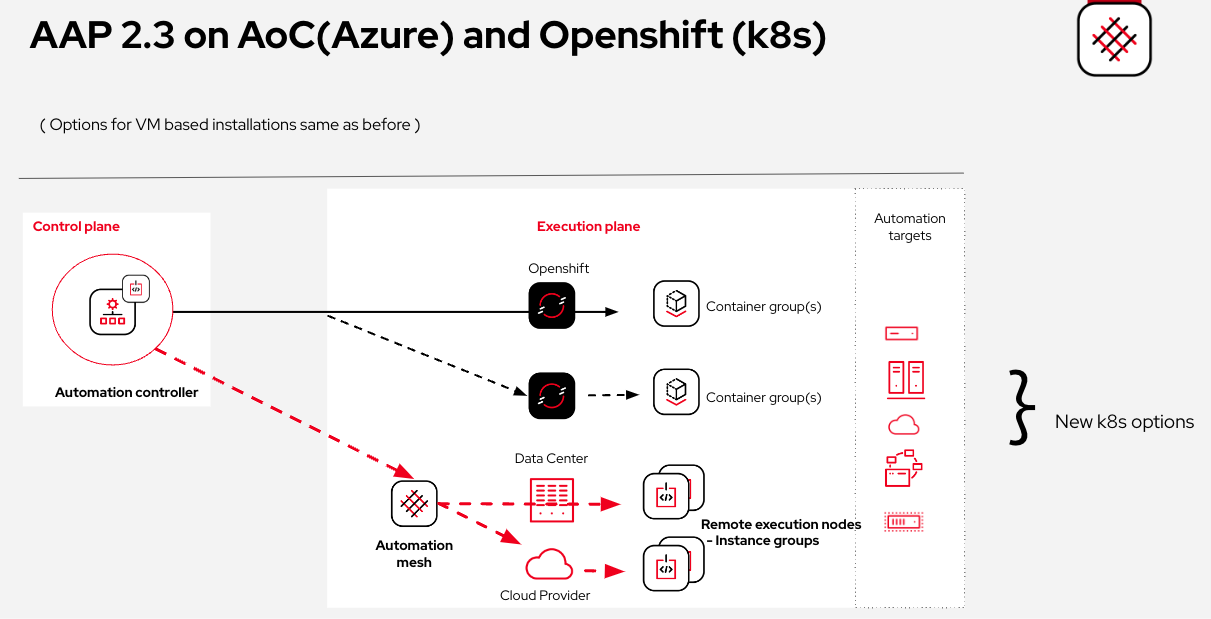 In order to remove this limitation, in AAP 2.3 we have now released in Tech Preview, the ability to add remote mesh execution nodes. This is in addition to the use of the existing container groups.

NOTE: While we have added remote mesh execution nodes, hop nodes are not currently supported. We are working to add this further enhancement during a future release.

Red Hat Openshift now has the ability to use both container groups and remote execution nodes for automation, which:

Whether you are beginning your automation journey or a seasoned veteran, there are a variety of resources available to help you get the most out of your automation with Red Hat Ansible.

Phil Griffiths is a Product Manager for Ansible Automation Platform with nearly seven years of experience at Red Hat. Phil has held roles as a solution architect and technical consultant both at Red Hat and for other organizations.