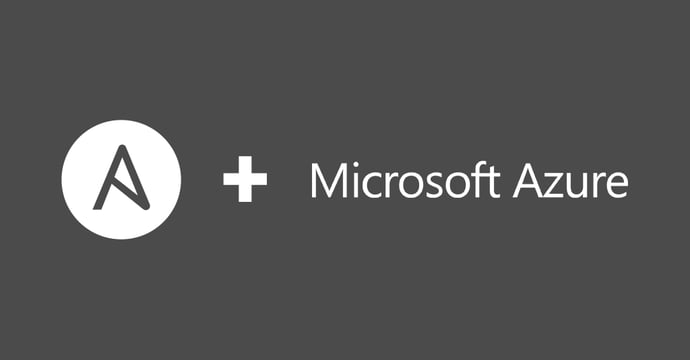 The Azure and Ansible teams are collaborating on several interesting projects that we want to share. And if you joined us for AnsibleFest San Francisco earlier this month, you met both teams and heard some of the news. More on that below.

If you use Ansible to manage Azure and Windows environments, then hopefully you can join us at Microsoft Ignite this week in Orlando.

Ansible’s Matt Davis will co-present with Microsoft’s Hari Jayaraman, to discuss popular DevOps tools customers use to implement infrastructure as code processes in Azure. And the Ansible team will be in the Red Hat booth (#527) to demo automating Azure environments or any other questions you may have.

One of the many announcements at AnsibleFest included the 16 new Azure modules contributed by the Azure team. The focus of the team was to cover the base use cases for Ansible users running workloads at scale in Azure.

The Azure team also presented at AnsibleFest in San Francisco. Thomas Stringer and Harold Wong give an overview of Azure, why Ansible is their favorite tool and examples using the new modules. You can check out the recording here.

Ansible support for Azure made dramatic improvements with the 2.4 release. It is worth highlighting how that came about, and crediting the Azure team for all of their contributions to the community. This effort kicked off several months ago when Azure’s Thomas Stringer stopped by Ansible HQ to work with the Ansible Engineering team. Microsoft followed up with an Ansible hackathon in Redmond and lots of hard work to contribute all of the modules in time for the 2.4 code freeze. Thank you!