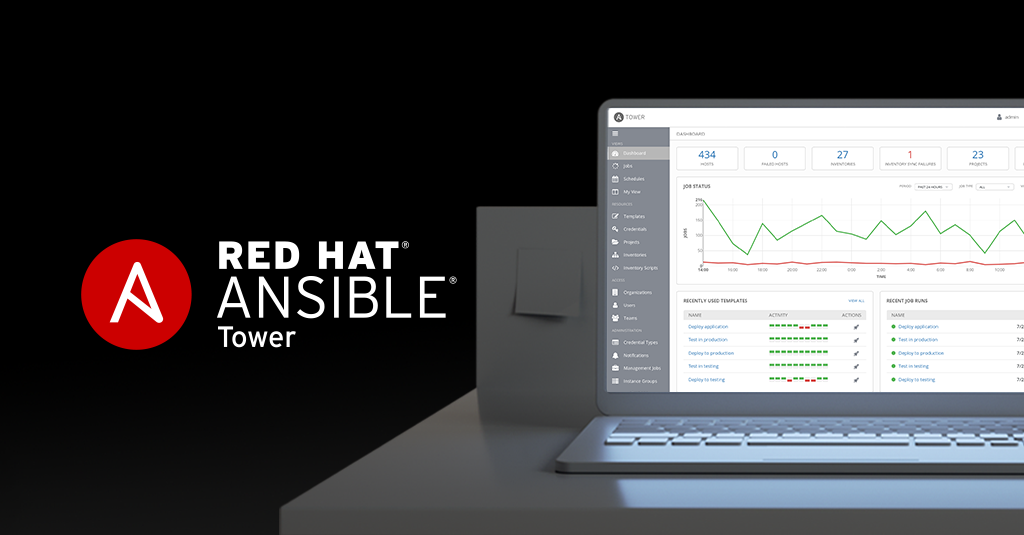 Smart Inventory is a feature that was added to Red Hat Ansible Tower 3.2. The feature allows you to generate a new Inventory that is made of up hosts existing in other Inventory in Ansible Tower. This inventory is always-up-to-date and is populated using what we call a host filter. The host filter is a domain specific query language that is a mix of Django Rest Framework GET query language with a JSON query syntax added in. Effectively, this allows you create an Inventory of Hosts and their relational fields as well as related JSON structures.

A limitation of the Smart Inventory filter is that it only allows equality matching on ansible_fact JSON data. In this blog post I will show you how to overcome this limitation and add hosts to a Smart Inventory using, for example, a range query on if a host is part of a subnet.

Enough talking about it, let’s see an example. We are going to have to create objects in Ansible Tower. Specifically, the objects in the table below.

* Enable fact cache for all the job templates

Now, let’s make something happen. Run the gather job template. Then look at the resulting facts that got gathered in the UI for the Inventory Autobots. 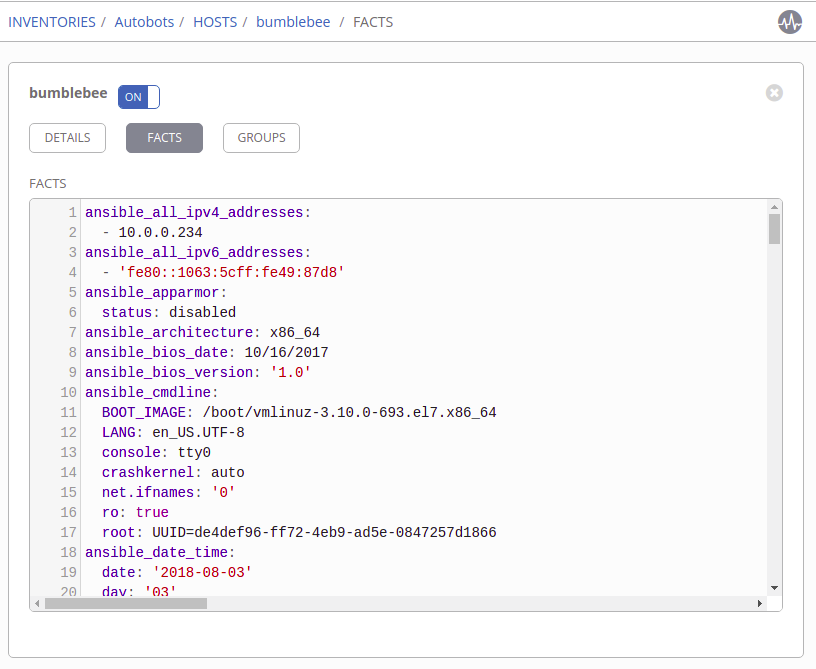 Above is an example of how you view the results from the fact gathering process in the UI. Now let’s see how we can create a Smart Inventory from the facts gathered.

We will create a smart inventory that contains only Red Hat hosts. In my example, optimus and bumblebee are both Red Hat hosts while jazz is an Ubuntu host. 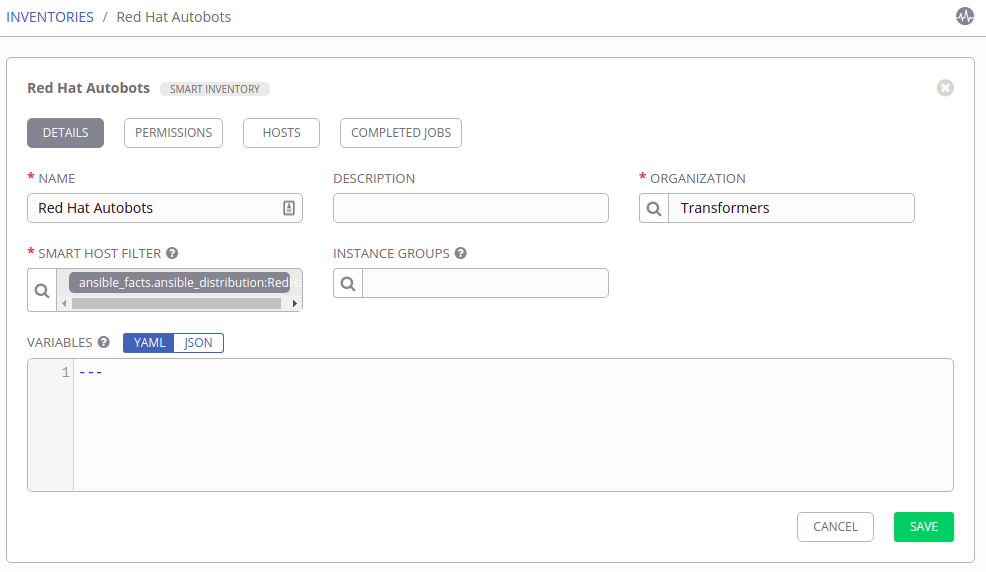 We are now going to leave the Smart Inventory feature and go back to fact caching. Specifically, I am going to show you how to set_fact in a playbook and have that fact stored in Ansible Tower.

Run the job template set_fact_cacheable. Below is the result of that run. 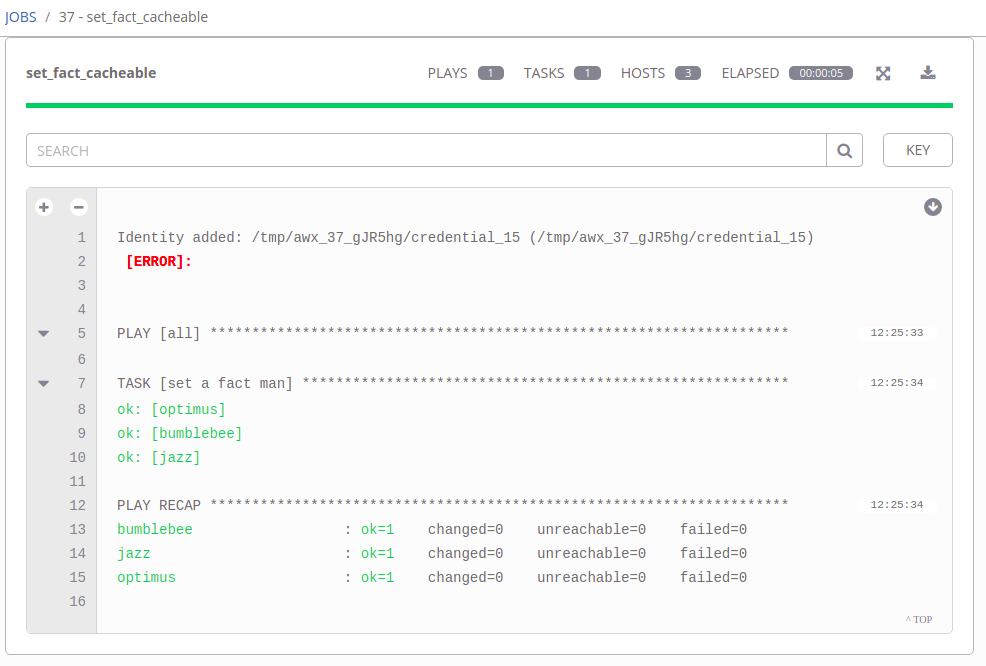 Now, let’s look at the facts for any of the 3 hosts that this playbook ran against. Notice how bumblebee now has a new set of facts (see below image). 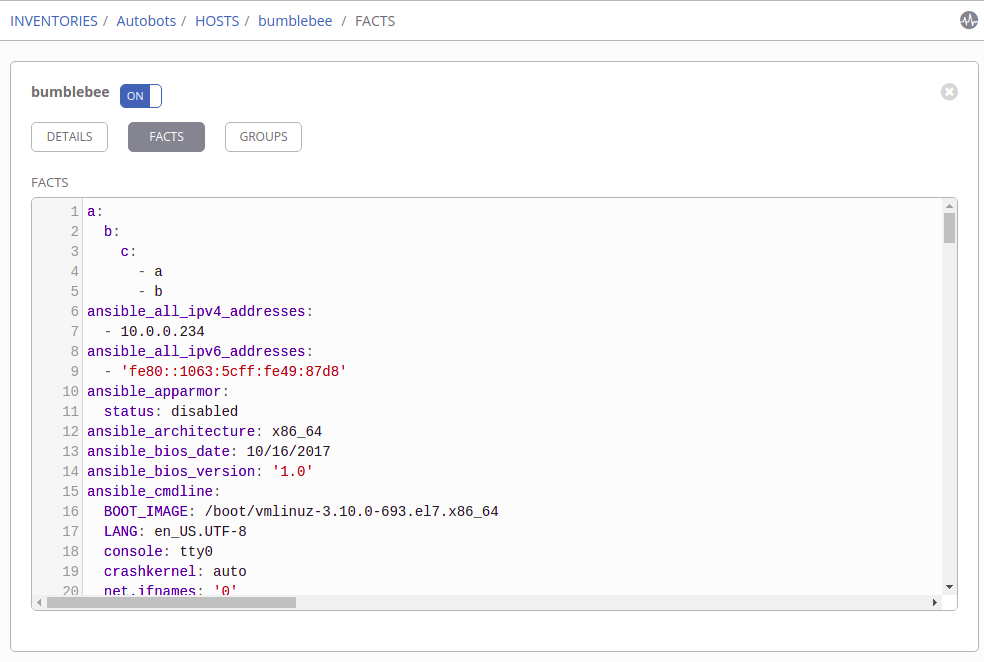 These facts were set by this playbook which uses the set_fact Ansible module with cacheable: true set.

I’ve showed you all the pieces you are going to need to create a Smart Inventory based on host facts that aren’t simple equality matching. The pieces are:

Now I’ll show you an example using all these pieces to construct a Smart Inventory of hosts within a subnet. This is a good example because selecting hosts based on subnet is a range query, it is not a simple equality query. Therefore, we are going to need to leverage 3. Inject playbook facts to accomplish creating a Smart Inventory to group these hosts.

Currently, all traditional relational database fields on Ansible Tower objects can be used in a Smart Inventory host filter query (i.e. Host name, Inventory name, Organization description, etc); the only JSON searchable field related to Hosts is the ansible_facts field. We hope to expand the searchable JSON fields in the future as well as the operators supported (right now we only support equality). However, much consideration must be given to the performance characteristics as well as the storage requirements in doing so.