Reproducibility and consistency are two key traits that are the driving forces behind the popularity of containers. Consistency is also a principle found within Red Hat Ansible Automation Platform. With only a few lines of YAML-formatted manifests, thousands of instances can be set up and configured uniformly. While the management of target instances is simple, it is the control node, or where the Ansible execution is initiated, that can  be the most challenging aspect. As Ansible is written in Python, does the machine have the correct version of Python installed?  Are the necessary Python modules installed? Are there any operating system dependencies needed? The list goes on and on.

These concerns, along with many others, led to a desire to leverage the benefits of containers to perform the control node’s role and eventually ushered in the concept of automation execution environments in Ansible Automation Platform 2. Running Ansible within containers is not a new concept and has been used quite successfully for some time now. However, there was no consistent process for building the container or executing Ansible from within the container. It seemed like everyone and anyone had their own version of running Ansible in a container. Ansible Automation Platform 2 includes a command line tool called ansible-builder, which simplifies the creation of automation execution environments by allowing users to define the composition of it, such as Ansible Content Collections or packages along with their dependencies, in a standardized fashion.

Even though a custom option for building container content was available, it was a complex process and required deep knowledge of the underlying build system in order to properly make use of the feature. As a result, the popularity of this feature has been minimal.

Shipwright leans upon many of the components in the Tekton ecosystem (Red Hat OpenShift Pipelines) for orchestrating container builds. The following are the high level components found within Shipwright:

Several ClusterBuildStrategy’s are provided by Shipwright include the aforementioned source-to-image and provide support for other image build tools including  Kaniko and Cloud Native Buildpacks. Adding support for additional build tools, like ansible-builder, involves creating a new ClusterBuildStrategy that will include all of the necessary steps to produce and distribute the container image.

The associated assets related to this write-up can be found in the following GitHub repository:

Clone the contents of this repository to your machine:

The contents of the repository include the steps necessary to perform the installation and configuration of Shipwright to support producing execution environments as well as a sample execution environment that is produced using this approach either as manual invocations of command line utilities or automated using Ansible.

To start, let’s illustrate how to accomplish these tasks manually and then introduce how the power of Ansible modules can be instead utilized to perform the same actions.

The first step towards being able to leverage Shipwright to act as the facilitator for building execution environments is to install it into a Kubernetes environment.

Shipwright is available as an operator in operatorhub.io along with OperatorHub for installation in OpenShift. Execute the following command to deploy the operator to the cluster:

Confirm the successful installation of the operator by checking the state of the ShipwrightBuild CustomResourceDefinition.

Next, create a new namespace called shipwright-build and add the ShipwrightBuild custom resource, which will deploy the Shipwright build controller.

Confirm the controller is running in the shipwright-build namespace:

Alternatively, instead of using the operator based approach, the raw manifests can be installed from the upstream project repository.

Now that Shipwright has been deployed to the cluster, let's demonstrate how ansible-builder can be integrated into the Shipwright ecosystem.

Each of these build steps make use of a container image that has the necessary tools and configurations included in order to execute each of the actions defined. To produce an execution environment that is compatible with running on OpenShift, Buildah is included within the image as it facilitates not only producing the image, but also publishing it to the desired image registry.

While browsing through the ansible-builder-clusterbuildstrategy.yml  file, you may also notice a number of steps being performed within each build step. First, ansible-builder is used to create a build context from an execution-environment.yml file. Then a container image is created using buildah utility. You may notice several parameterized fields within each build step, such as $(build.source.contextDir) and $(build.output.image) as shown below.

These are properties that are defined in the Build resource which are substituted at runtime. We will show how these values can be defined momentarily.

With the logic to produce an execution environment available within the cluster, let's demonstrate how it can be used. Within the repository, the example-builder directory contains assets to produce a sample execution environment. The ansible-builder tool requires that a YAML based file called execution-environment.yml be present and defines all of the configurations necessary to produce the image. These include system packages in bindep format, python packages, as well as any Ansible Content Collection. A full overview of the configuration options available can be found within the ansible-builder documentation.

To provide a location within the cluster to produce execute the build, create a new namespace called ansible-builder-shipwright:

Now, create a new build resource that will define the source code retrieved as part of the build process, the location of where to store the image once the build process is complete, as well as the name of the Shipwright build strategy. This can be found in the example/ansible-builder-build.yml file within the repository and shown below:

To simplify the setup and remove dependencies on external components, such as image registries, OpenShift will be used in this example as it contains an integrated image registry within the platform. You are free to modify the destination image registry to the location of your choosing, such as quay.io. Additional steps will be required to configure the necessary credentials in order to authenticate with the registry.

Add the build to the cluster by executing the following command:

The actual execution of a build is facilitated by a BuildRun resource which connects a build and any other runtime references, such as the name of the service account that should be used. Since the images that are used to produce the execution environments as part of ansible-builder are located in the Red Hat Ecosystem Catalog, credentials must be provided to access the content. Similar to accessing any container image in Kubernetes hosted in a non-public repository, credentials are stored in a secret.

Create a new secret called ansible-ee-images to store the credentials to access the Ecosystem Catalog.

OpenShift Pipelines inject a service account called pipeline to perform the steps necessary to execute the build. In order to promote the principle of least privilege, a separate dedicated service account for the purpose of producing execution environments will be used.

As of this publication, certain components within the Shipwright framework require containers to be executed using the ID of the user defined. As a result, the ansible-builder-shipwright service account must be granted access to the anyuid SecurityContextConstraint (SCC).

Execute the following command grant the service account access to the anyuid SCC by creating a RoleBinding called system:openshift:scc:anyuid:

Finally, once Shipwright completes assembling the image, it must be pushed to a container registry for storage. For simplicity, OpenShift’s internal registry will be used in this situation. However, any container registry can act as a destination for a build. The service account being used to run the build must be also granted access to push the image to the internal registry.

When a BuildRun is created, the Shipwright build-operator constructs a Tekton TaskRun dynamically based on a combination of the associated build strategy and build.

Start the build process by creating a BuildRun by executing the following command:

Confirm the Tekton TaskRun has been created by the build operator:

If you have the Tekton (tkn) CLI available on your machine, you can track the progress of the build by viewing the logs:

Once the build has successfully completed, you can confirm that the image containing the execution environment was pushed to the integrated image registry by viewing the ImageStreams within the namespace:

Alternatively, Ansible can be used to perform the same actions performed in the prior sections in an automated fashion. The use of Ansible not only reduces the potential for errors or missing actions, but streamlines the entire provisioning process.

Once the setup playbook completes, the Shipwright operator will be installed within the cluster as well as the supporting components necessary to produce execution environments.

The same automation can be achieved using ansible-navigator by executing the following command:

With the environment configured using either automation approach, the final step is to trigger a build of the example execution environment. Use the following command to trigger the build process using the ansible-playbook based approach:

Or, to use ansible-navigator to accomplish the build task, execute the following command:

Regardless of the approach used to deliver the automation, the resulting action is a newly produced execution environment available within the integrated image registry, which can be confirmed with the following command.

Using either the imperative or automated based approach, an execution environment has been published to an image registry. While the integrated registry was used in this use case, any image registry, such as quay.io or private automation hub, can be used as the destination. The only modification necessary to accomplish this task would need to occur in the Shipwright Build resource where the output location is specified.

To learn more about how private automation hub can be used to store execution environments, refer to this article.

With an execution environment available within an image registry, it can then be used to deliver automation either on a local machine using ansible-navigator or within automation controller.

Execution environments provide a way of operating Ansible automation by running Ansible within an OCI compliant container runtime. By using the Shipwright project, you can quickly and easily produce these types of environments with ease within a Kubernetes environment. 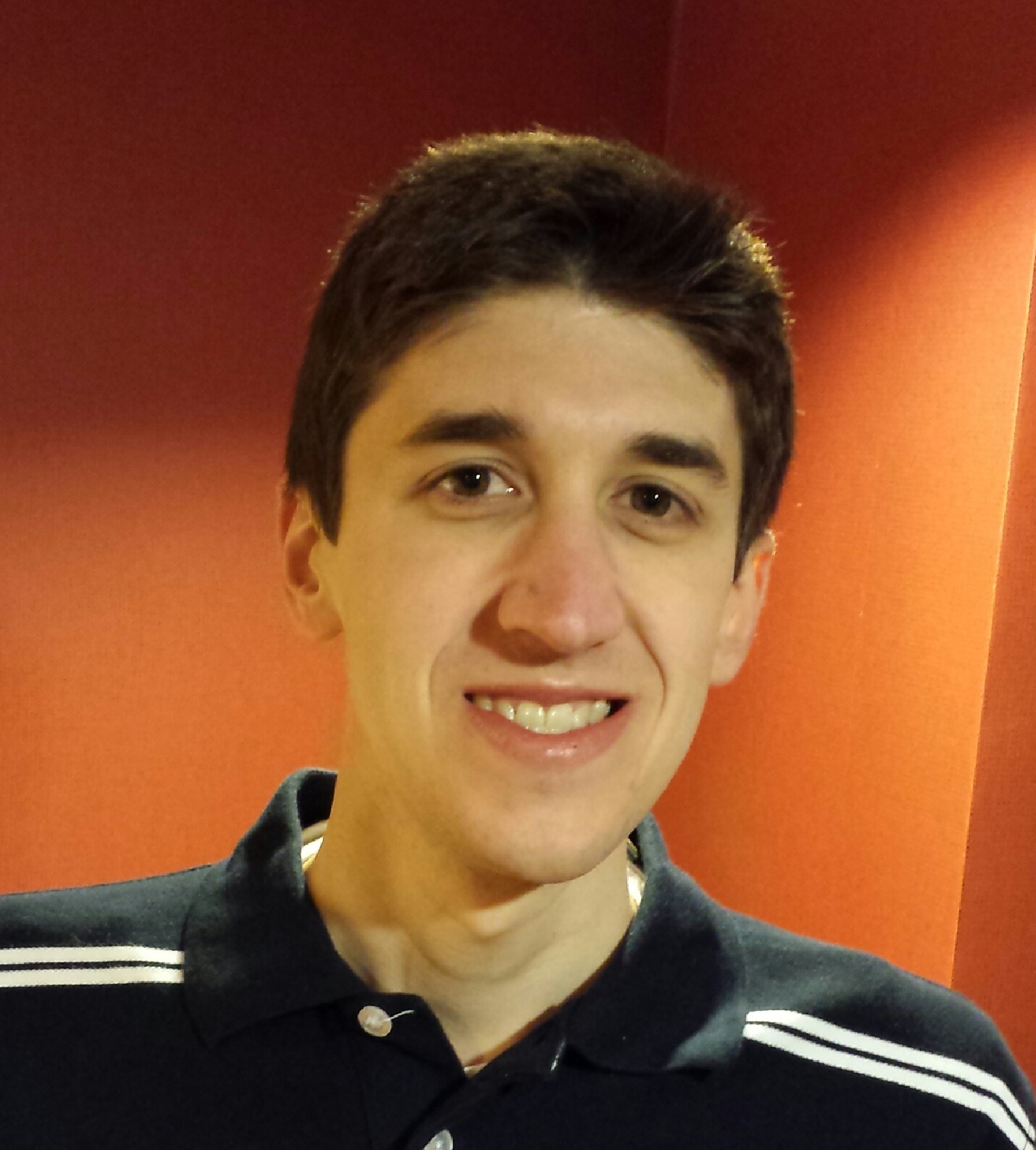 Andrew is a Distinguished Architect at Red Hat who specializes in the emerging technology space and assists organizations in realizing the benefits within their own environment. He is also the lead architect of the Ansible Middleware project within Red Hat which brings automation to the Red Hat Runtimes suite of products. Participating and building Open Source communities is another area of focus for Andrew and he is an active contributor to several Open Source projects and a maintainer of Helm, a package manager for Kubernetes.