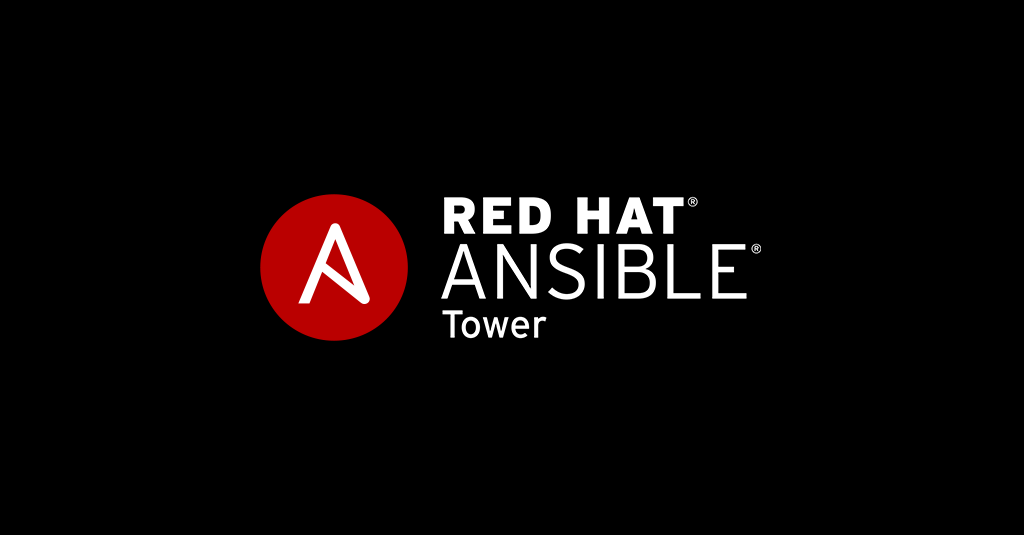 We are excited to announce the release of Red Hat Ansible Tower 3.2. Our engineering team has been working hard to enable Ansible Tower to provide the best platform for managing, executing, and delegating your Ansible automation throughout your entire enterprise, whether you’re managing servers, applications, networks, and more.

To do that, we’ve enhanced several areas of Ansible Tower, and I’m happy to talk about them today. 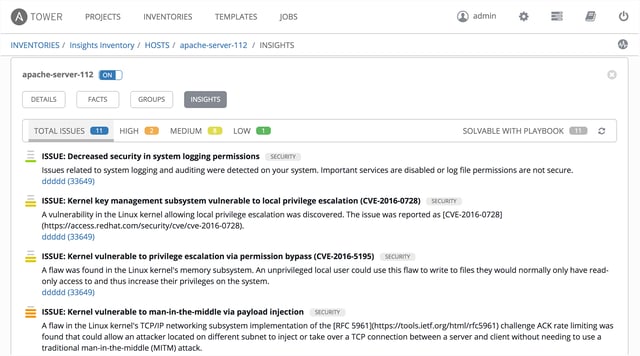 Ansible facts give you powerful capabilities to adjust, branch, and conditionalize playbook execution based on discovered state on managed systems. However, gathering facts across all managed machines on each playbook run can be a time-consuming practice.

Ansible and Ansible Tower have long had the ability to pull inventory from whatever sources of inventory you may have - your public cloud, your private cloud, your local CMDB. However, sometimes you need to automate across your entire inventory - all machines tagged ‘public webserver’, or all machines running a vulnerable piece of software.

That’s why we created new Smart Inventories. Smart Inventories build off of Ansible Tower’s fact caching support, and allow you to create new inventories that contain all hosts that match your search criteria. This can be based on host attributes (such as groups) or gathered facts (such as manufacturer, installed software, services, and more).  Plus, this inventory will automatically refresh to include all hosts that match the query whenever you use it.

Since the beginning, commandline Ansible users have taken to defining their infrastructure as code - not just in their playbooks, but in their inventory and variables as well. With Ansible Tower 3.2, we’ve worked to bring them into the fold, by supporting pulling inventory directly from source control.

To use this, just set a Project as your inventory source, and point to the file/directory you want to use for inventory. You can even use inventory scripts directly from source control.

Whether it's looking up secrets from a custom password vault, accessing a local CMDB, or connecting to a local infrastructure provider, we know that there are always going to be more things that users need credentials to access from their playbooks than we will be able to ship out of the box in Tower.

That's why Ansible Tower 3.2 introduces Custom Credentials. With custom credentials, you can define your own credential types to pass to both playbooks and inventory sources. So if you need to template out a file for your credential, or pass a key in an environment variable, you can still securely store these credentials in Tower and use them in your automation.

An Tower Isolated Node is a headless Ansible Tower node that can be used for local execution capacity, either in a constrained networking environment such as a DMZ or VPC, or in a remote datacenter for local execution capacity. All you need is SSH connectivity from your Tower Cluster to the Isolated Node. The Tower Cluster will send all jobs for the relevant inventory to the Isolated Node, run them there, and then pull the job details back into Ansible Tower for viewing and reporting.

Even with Instance Groups and Isolated Nodes, you may decide to install separate Ansible Tower clusters for greater security, partitioning, or scale reasons. In that case, it can be tricky to have consistent access to automation via Ansible Tower’s REST API -- Tower job templates, inventories, and more are only accessible by their ID, which varies across separate clusters.

In Ansible Tower 3.2, we’ve introduced Named URL access to resources in Ansible Tower. For example, if I have a job template named ‘Deploy All The Things’, using project 'Deployment', in my organization ‘AppSquad’, I can access it via Ansible Tower’s REST API at:

Ansible Tower 3.2 is available now for Red Hat Enterprise Linux 7, CentOS 7, Ubuntu 14.04, and Ubuntu 16.04. You can try the latest version of Tower via local install, Vagrant, or Amazon AMI.

Also, please join us for our What’s New in Tower 3.2 Webinar on Tuesday, October 10th at 2PM EDT.