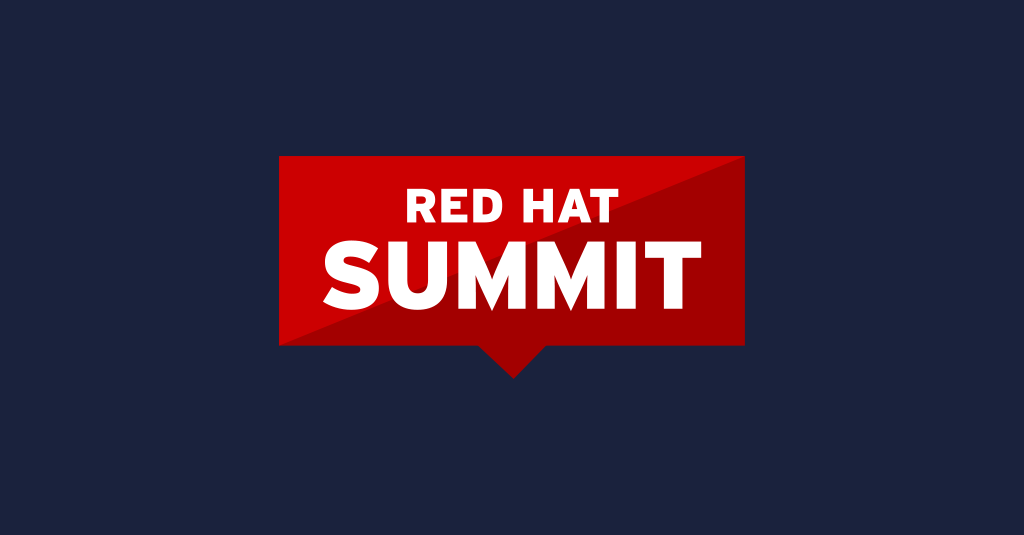 The countdown is on! It’s just a few short days until Red Hat Summit. I’m Kaete Piccirilli and I do all things Ansible Marketing. While it’s not my first Summit at Red Hat, it’s the first one I’ll be attending, and I cannot be more excited to finally be in the mix of our customers, partners and open source communities.

Red Hat Summit has an action-packed few days planned, and I have picked a few Ansible Automation sessions that you won’t want to miss.

Ansible allows network management across virtually any device platform. Any network device can be managed via SSH or an API. We took this cutting-edge network automation to scale with a customer’s global network infrastructure, giving them the ability to manage nearly all of their network devices at one time.

In this session, we'll discuss the architecture and strategies involved in network automation.

Few questions induce fear into the heart of a Linux admin more than, "Hey, can you manage these Windows servers?"

In this session, we'll show how Ansible does simple, secure, and agentless Windows management with the exact same tools, language, and philosophy used for Linux hosts. You'll never have to log in to a Windows server again.

A Journey to DevOps in the British Army: Lessons learnt for successful automation

The British Army is like many large organisations with a complex set of modern and legacy environments, platforms, and applications. Automation has been a key requirement for supporting the Army’s IT over many years and has now evolved into a DevOps-based approach using products such as Ansible Tower.

In this session, you will hear from one of the British Army’s Linux architects about his 18-year journey automating complex platforms, including his “top tips” for automation and DevOps in today’s modern data centers and examples of how these have been implemented using Ansible and Ansible Tower within the Army’s data centers. Read more about their success story here.

Cybersecurity has increasingly become an area of concern across organizations today. Ansible is a leading automation tool for the system administrator, but how can you use it as an offensive security tool or as a way of managing enterprise security postures? As defensive technologies improve their ability to identify unusual processes and binaries on their endpoints, attackers also adjust their techniques, becoming more creative in order to stay under the radar.

In this session, Red Hat consultants will demonstrate how Ansible can be used to both protect our systems and simulate real-world attack scenarios.

If you’re going to Red Hat Summit next week, I encourage you to add these sessions to your agenda now-- before they fill up!

Be sure to fill your agenda with all things automation and management. Check out these posts from our management friends for some more don’t-miss sessions:

And of course you can find all of the automation and management sessions here.

Lastly, you won’t want to miss us in the Automation and Management pod in the Red Hat booth during the Ecosystem Expo hours. Please stop by to say “Hello” to me or to any of our Ansible experts or our management friends doing cool things with Red Hat Satellite, CloudForms and Insights.

See you in San Francisco!