Red Hat Ansible Automation Platform has seen wide-scale adoption in a variety of automation domains, however with edge use cases becoming more mainstream, the thought process around automation must shift from “complete a task immediately” to being able to run automation now and later, and respond to incoming automation requests from devices that are yet unmanaged.

Automation in a hybrid cloud environment

In today’s hybrid cloud environment, automation exists in a tightly controlled and predictable space, meaning it’s easy to determine what endpoints are reachable and available for connection. In practice, this manifests as inventory syncs from our various management planes (think AWS/Azure/GCP/VMware) and then targeting the devices brought into Controller via those inventory syncs with automation. Cross connectivity shouldn’t be an issue: If we can see the device in a management plant, we can contact and automate against it. In addition, if there are exceptions to the “connectivity everywhere” model, Red Hat Ansible Automation Platform has features and functionality to help address more complex connectivity circumstances.

What this boils down to is: We have significant control over whether  our automation works, because we control both the endpoints and what controls the endpoints. Our automation exists in a proactive paradigm, able to automate and coordinate against all layers of the technology stack.

This approach, while very powerful, doesn’t hold up at the edge for a simple reason: We don’t necessarily control all the layers of the stack. The endpoints are run without a unified management plane and exist on different platforms, in different locations, and are subject to different rules around connectivity. Thus, the paradigm shift: In this environment we must still automate, but we need to balance both a reactive and proactive approach.

Automation at the edge

Without direct control over the various management planes and layers of the technology stack, our automation strategy must shift to be both proactive and reactive, responding in real time to changes in the environment, but also run automation on a schedule to enforce our desired configurations and workloads across a geographically distributed footprint of edge endpoints.

First, our automation strategy must be reactive to respond to changes in the environment in real time. One of the most common events at the edge is the onboarding and re-imaging of systems, initiated by a process or person outside of the automation ecosystem. In reality, this is outside of the direct automation itself, instead being a function of the automation platform. Providing the appropriate access to resources within the platform at any time, from any allowed location, without requiring manual intervention being the main function of the platform. From there, the platform also facilities a form of event-driven automation, triggering work to be done as new devices come online. 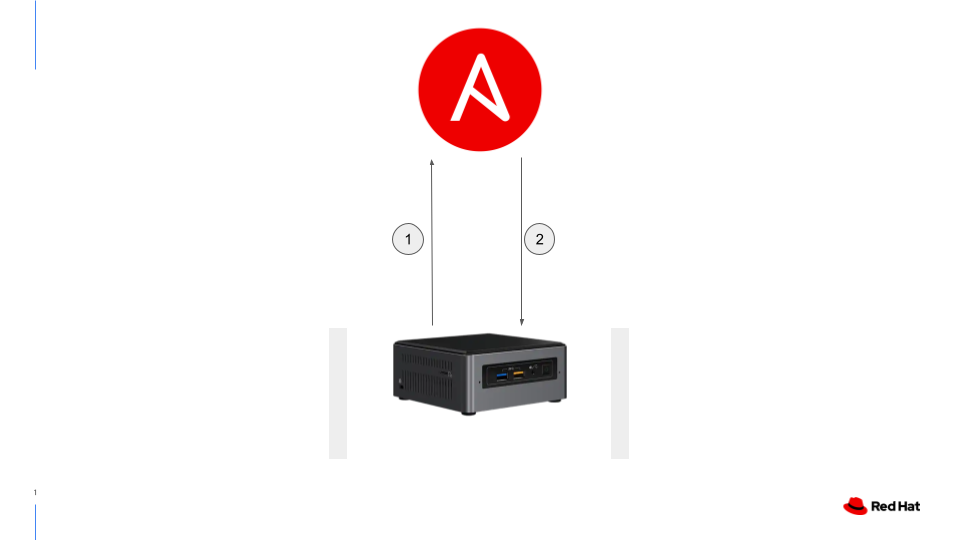 Caption: Here, the device initiates the process, as opposed to the automation platform initiating it.

In practice, this is typically addressed by adding a call home function to the deployment methodology, allowing the devices themselves to initiate interaction with the automation platform according to their availability and schedule over a centralized attempt to reach out. This call home functionality typically sends along two key pieces of information: a unique identifier for the device, and a way to contact it to begin automating against it.

The following is an example of a kickstart post file which leverages systemd to perform call home functionality via an Ansible Playbook run locally upon first boot. The playbook itself handles determining a unique identifier for the system (based off a Mac address in this example), adding the device to an inventory, and also defining Ansible’s magic variable of ansible_host so automation runs know how to contact the system:

In addition to adding the device to an inventory in the automation controller, this playbook also triggers a workflow run, limited to just the device itself. This becomes a kind of event-driven automation, where the event is a new device being installed, and the automation being triggered is the standard configuration and deployment of a workload to the device.

This is closer to our hybrid cloud automation paradigm above, where we either have some knowledge of the endpoints (which is being handled by our reactive automation approach) or know where we can get information before attempting to run automation. At the edge, we want to keep our devices compliant with various configuration and security policies to ensure they’re functional, performant, and secure, however we’re not always confident we’ll be able to contact them immediately due to connectivity disruptions or site issues.

Finally, playbooks can be written to allow for interruptions in connectivity, or to wait for a device to become available before attempting to continue with other tasks. These constructs, such as the rescue functionality of a block, or the wait_for_connection module, help reduce errors caused by connectivity interruptions or poor network connectivity. Since these are deployed at the playbook level, they can wrap around specific long-running or troublesome tasks that involve moving data across a very slow network.

***This blog was co-authored by Josh Swanson 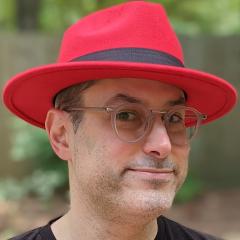 Chad is a Senior Principal Product Manager, Ansible, where he brings over 20 years of experience building enterprise automation architecture for anything in IT from Infrastructure to application delivery and lifecycle. Chad previously worked for ExxonMobil, AAFES and Tandy/Radioshack where he helped internal customers architect, deploy, manage and automate their applications, business processes and infrastructure. He resides in The Woodlands, TX (for now) with his wife and cats.