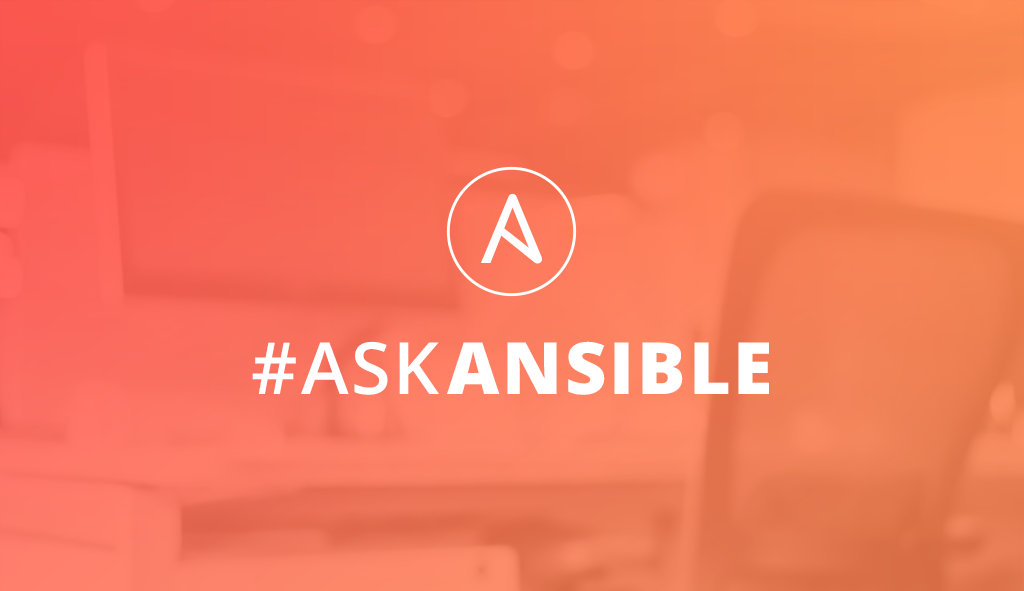 Next up in our #AskAnsible posts is Chris Meyers, our Senior Software Engineer.

Learn his take on five key questions we often get regarding testing Ansible Playbooks and roles.

1. Why should I test my Playbooks and roles?

2. When should I start testing my Playbooks and roles?


Chris: You can start at any time! Tests can be added for new Playbooks or to existing Playbooks. Testing Ansible Playbooks and roles are accomplished by simply running a Playbook or role. Thus, most of the testing work is just creating a clean host each time. This testing methodology coupled with Ansible’s flexible inventory system and per-host variables results in very little to no code changes (i.e. Playbook yaml and role task files).

3. How do I test my Playbooks and roles?


Now that we’ve pinned down the set of parameters our role supports we can clearly see that we need configurations to fully test our role.

We can represent each row in the configuration matrix as an inventory file. For example

Or, since Ansible’s design makes it easy to run against multiple hosts, we can easily condense the test matrix down to two rows.


The final piece for rapid development/testing is the ability to quickly reset the state of the hosts you are testing against.

For this I advise using docker. I’ve created a role called provision_docker that makes this process a little easier. Check out the Related Resources at the end of this post for more information.

4. What’s the benefit of testing my Playbooks and roles?

5. Will Ansible Playbook and role testing into my current CI flow?

Chris: Yes! The big component to testing Ansible roles and Playbooks is standing up a fresh remote “host." You can accomplish this using your existing methods or you can leverage Ansible public cloud modules such as EC2 or GCE or use Ansible private cloud modules such as VMware or openstack; to spin up remote instances. Alternatively, you can leverage the power of contains through provision_docker to turn a single bare metal or VM into a provider of multiple Ansible hosts.

Learn how to Provision docker on Github

Watch Chris talk about the Build Passing Badge on Galaxy

Read about testing Roles with docker