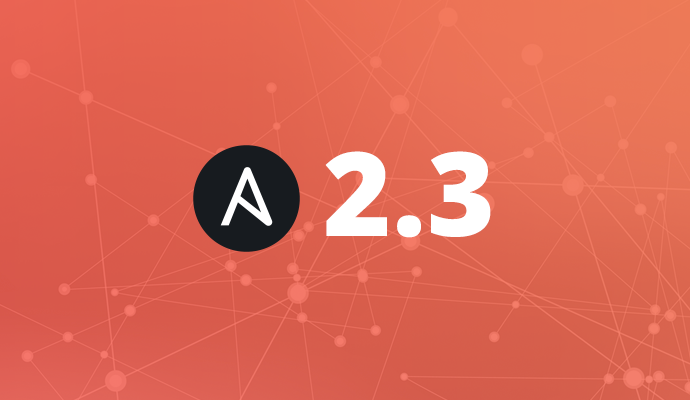 It’s been a year since the first networking modules were developed and included in Ansible 2.0. Since then, there have been two additional Ansible releases and more than 175 modules added, with 24 networking vendor platforms enabled. With the fantastic efforts from the community and our networking partners, Ansible has been able to add more and more features for networking use cases. In the forthcoming Ansible 2.3 release, the focus on networking enablement now turns to increasing performance and adding connection methods that provide compatibility and flexibility.

Looking ahead to Ansible 2.3, the most notable additions planned are:

Why are these features important?

Since Ansible 2.0, the primary focus for networking enablement has been to help increase the number of third-party devices that have modules included by default. As this list grows (we expect to have even more platforms and modules in Ansible 2.3), Ansible and Ansible Tower continue to be trusted components of critical networking production deployments.

The development of these plugins further demonstrates the value and investment Ansible and the community have made into networking infrastructure enablement. As we approach the Ansible 2.3 release date, stay tuned for deeper-dive blog posts on the following:

In most cases, each time an Ansible play is run, the following occurs in the background:

Playbooks with multiple tasks require SSH connections to be established and destroyed each time, resulting in extremely high overhead for completion.

Ansible 2.3 expects to introduce two new connection plugins that are designed to enhance networking infrastructure integration. The new plugins are now natively integrated into Ansible core and allow Playbook designers to enjoy a more seamless approach to automating network devices. By moving to a plugin approach for configuring connectivity to network devices, tasks and modules can take advantage of new plugins while utilizing the local connection plugin. This means that device connectivity is now handled by Ansible across compute and network devices in a uniform fashion.

Again, to use a new connection plugin, the Playbook and/or the runtime environment does not need to be changed in any way. Under the covers, there are two connection methods that can be used, including the following:

The Network Configuration Protocol (NETCONF) is an XML-based solution for providing “mechanisms to install, manipulate, and delete the configuration of network devices” and is managed by the IETF, via RFC 6241. NETCONF is an alternative, agnostic approach to vendor-specific Ansible modules using standards-based schemas for implementation. That is, instead of having Playbooks that are vendor-specific, you could have a single Playbook using the NETCONF plugin, assuming the networking infrastructure supports the NETCONF standard. 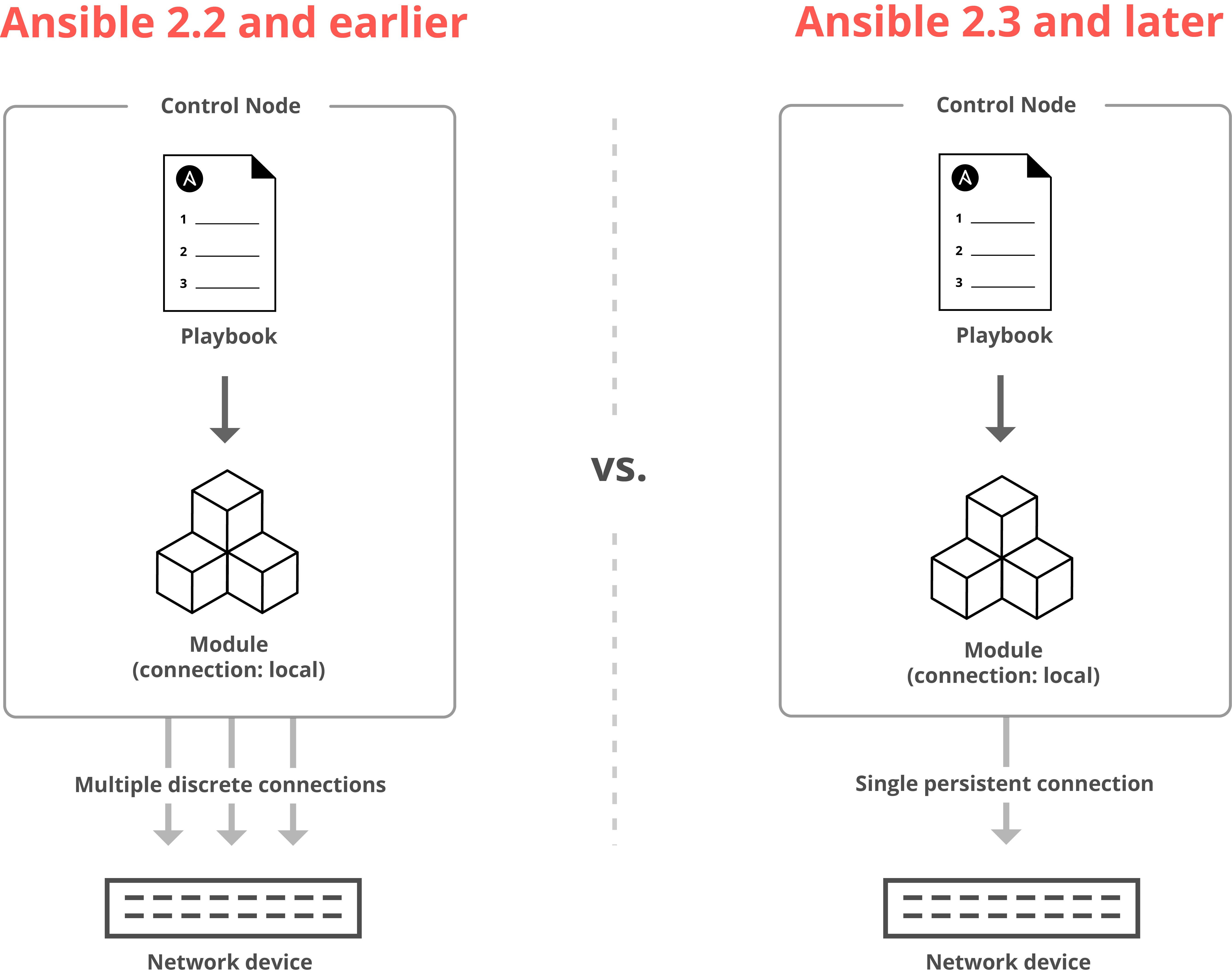 Finally, Ansible 2.3 is expected to add more modules to new and existing networking infrastructure platforms with the help from corporate and community partnerships. This means additional built-in support for more devices and more features and functionality exposed for use in Ansible across your data center.

The Ansible Networking team is excited for the forthcoming Ansible 2.3 release, and would like to extend a warm thank you to all networking partners and community members that helped make it possible.