Automation controller helps standardize how automation is deployed, initiated, delegated, and audited, allowing enterprises to automate with confidence while reducing sprawl and variance. Users can manage inventory, launch and schedule workflows, track changes, and integrate into reporting, all from a centralized user interface and RESTful API.

In order to deep dive into the prospective performance enhancements with the latest automation controller, we at the performance engineering team at Red Hat created a benchmarking framework consisting of the following workflow:

This entire workflow process is automated via the use of Jenkins jobs and various Ansible Playbooks. Prometheus records real time metrics of the cluster, Elasticsearch delivers the analytics engine, and Grafana monitors system metrics.

The performance benchmark consists of:

The result prints a specified number of debug messages per host and the created inventory. The chatty_tasks playbook uses the lightweight debug module to print the messages.

This makes sure we don’t put overhead on the resources and allows us to get the actual performance numbers of automation controller. The performance benchmarking job template is run with a concurrency of 10, i.e. run 10 invocations of the job template at the same time. Each run generates approximately 10,000 job events, and we run five consecutive batches. While the jobs are running, we capture the CPU, RAM, and network utilization among other system metrics on both automation controller and the database nodes. We then capture the redis queue length, insertion rate of job events in the database. After the jobs have finished, we calculate the average job run time, job events processing time and job events lag. 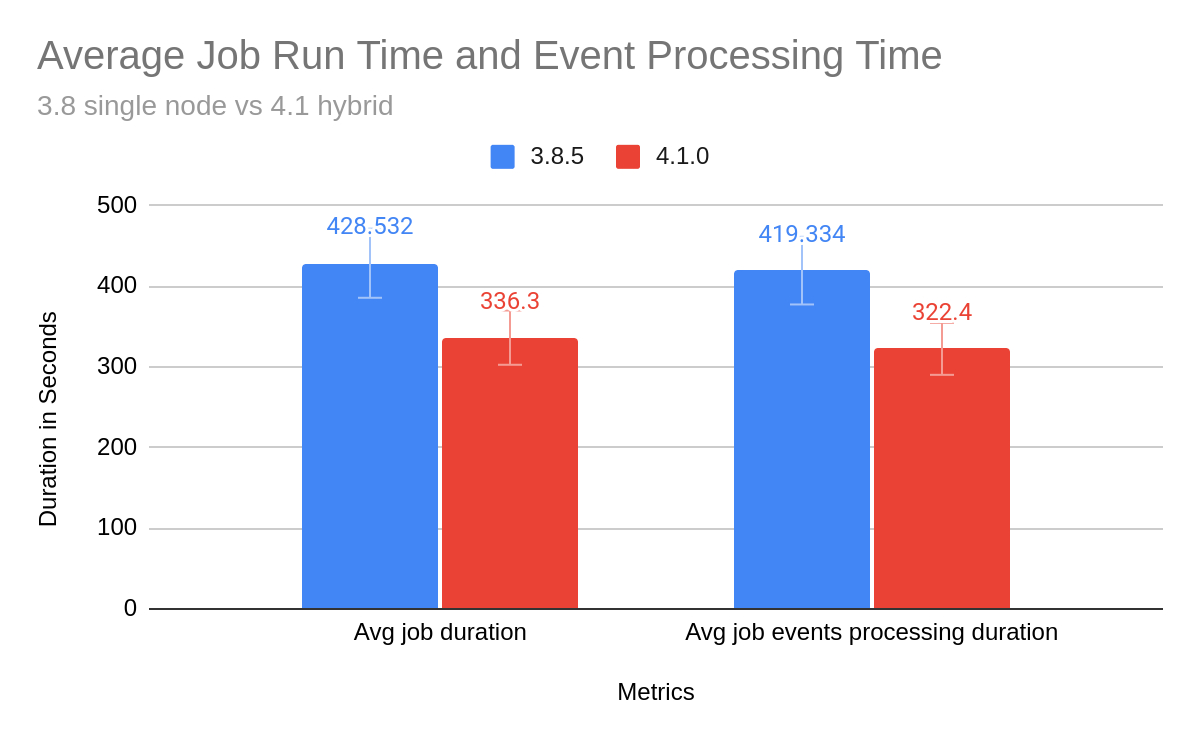 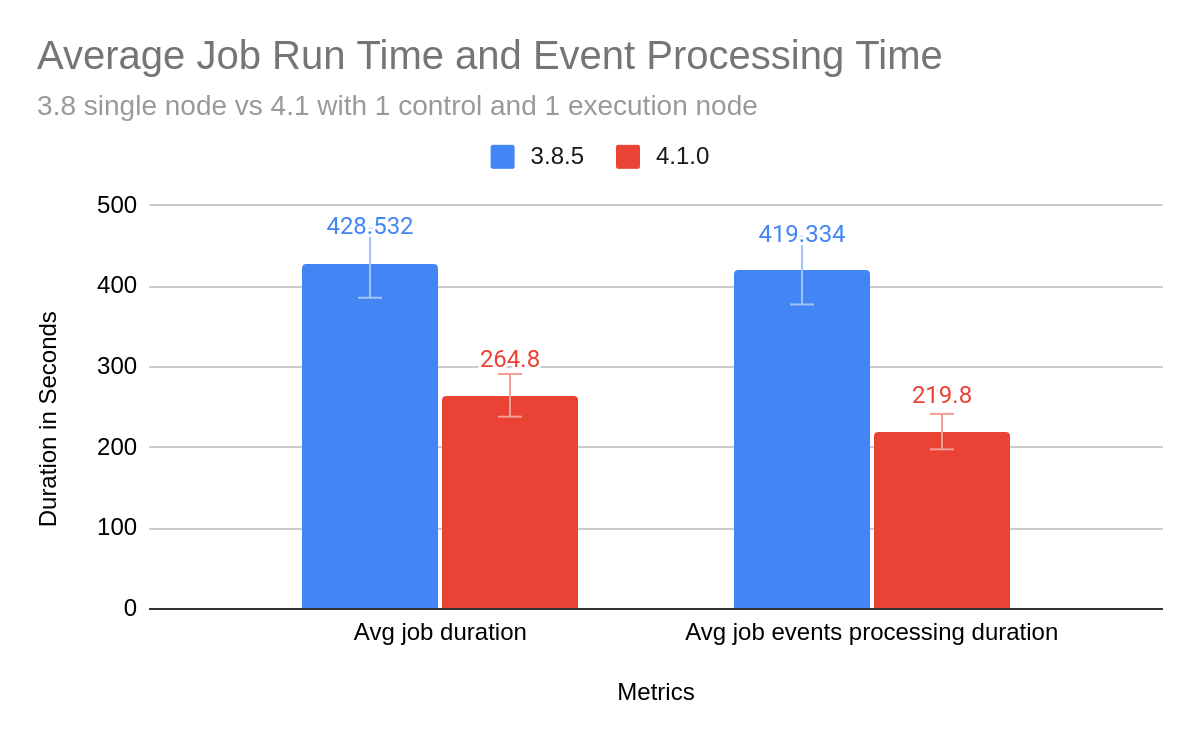 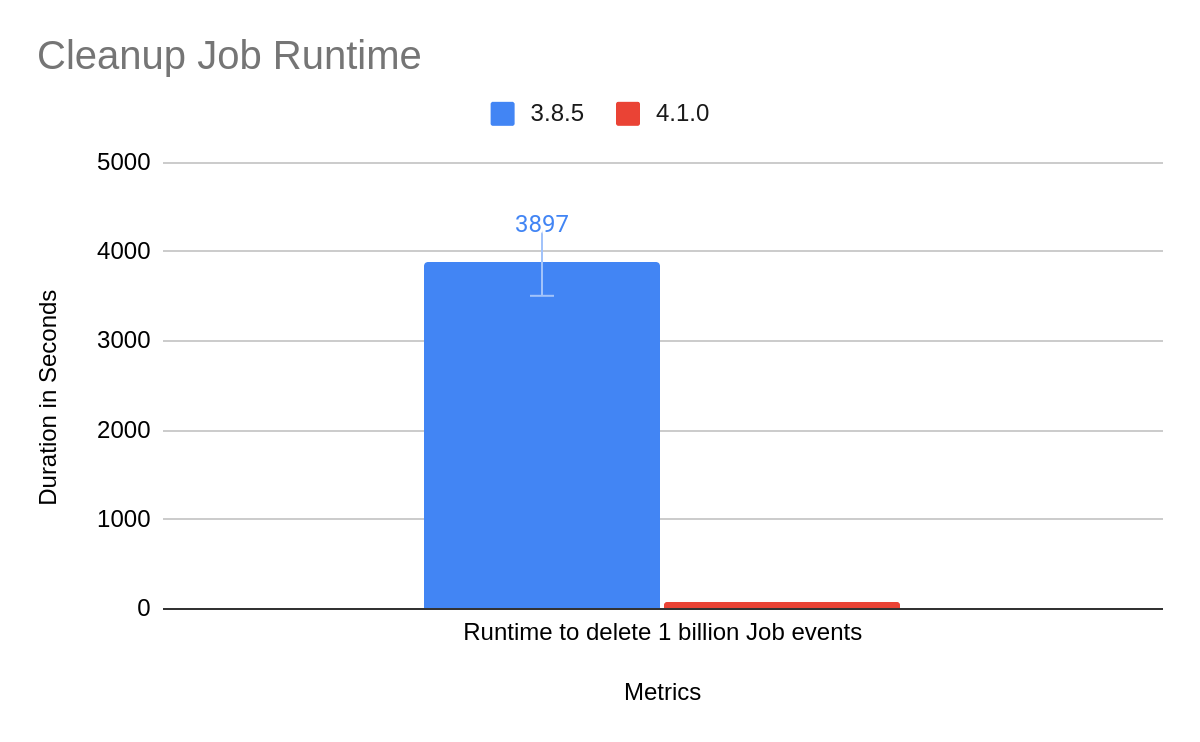 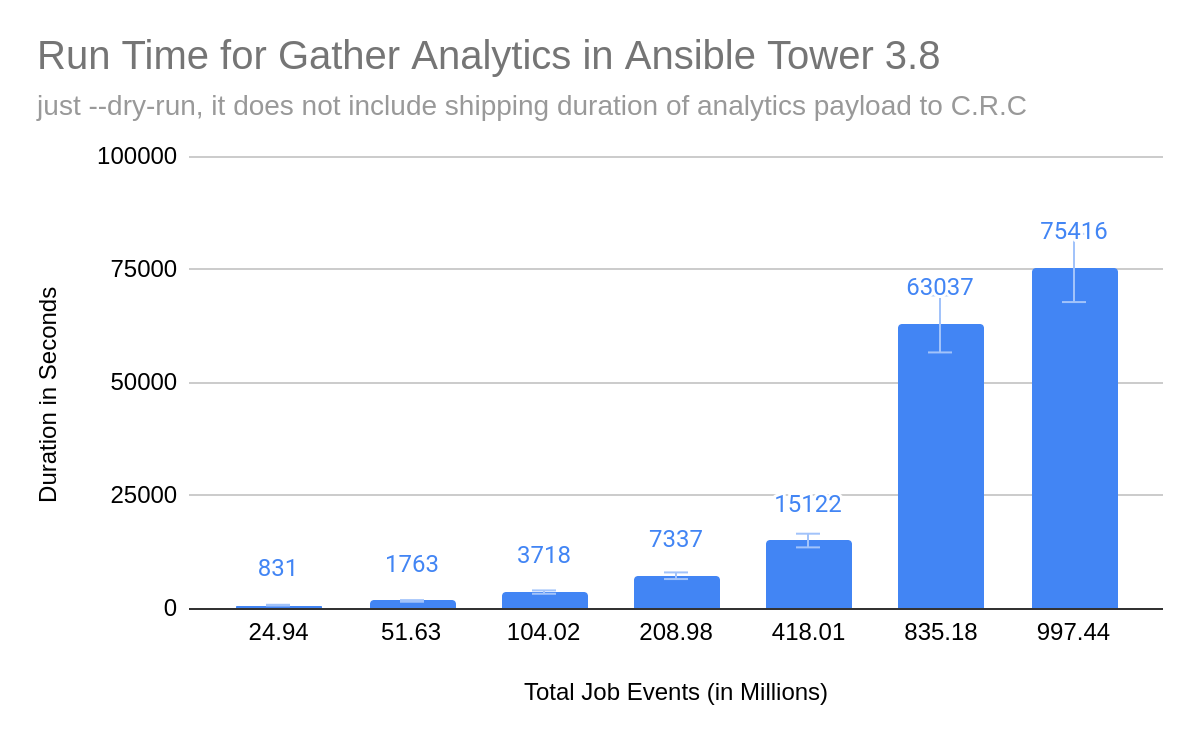 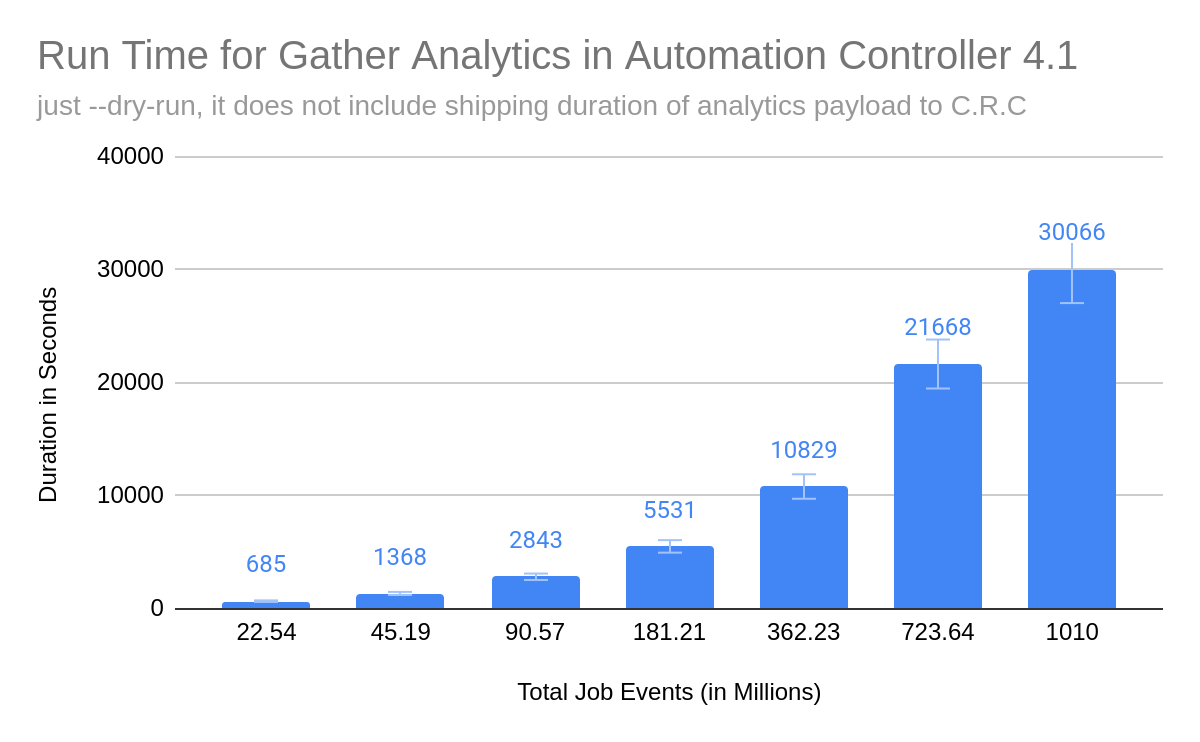 One important aspect of all these performance gains is how much added pressure it puts on resources in terms of CPU, RAM and Disk IOPS. In automation controller 4.1 there is a significant increase in average disk IOPS as compared to Ansible Tower 3.8. In the above results, automation controller 4.1 is running jobs much faster and hence it is writing the job events on disk much faster as well. With the introduction of the receptor, which is an overlay network intended to ease the distribution of work across a collection of execution nodes, those job events are getting written to the disk temporarily on the control node and that is why you see the increase in the average disk IOPS. 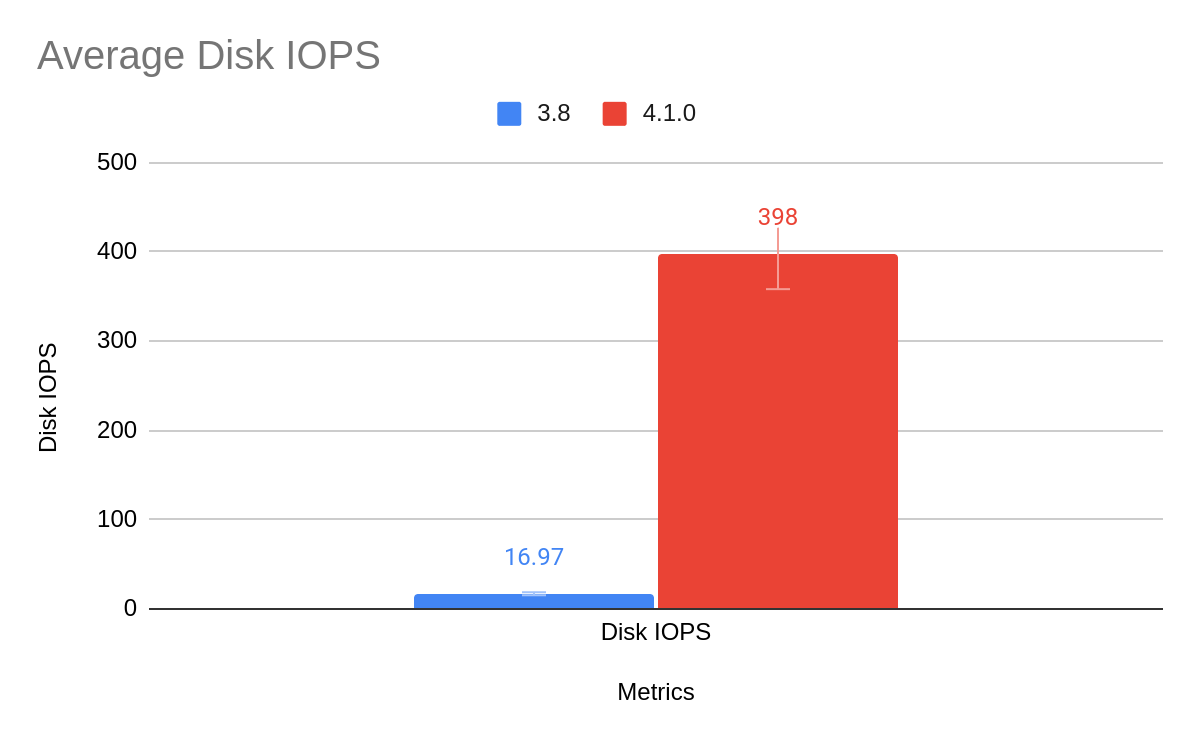 Takeaways & where to go next 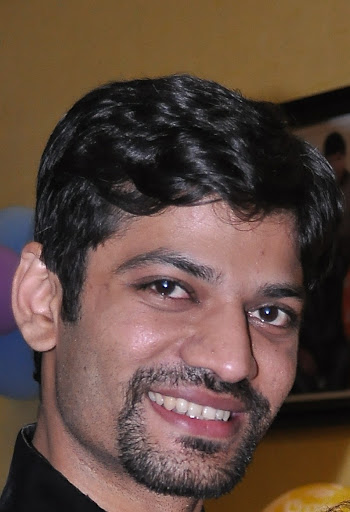 Nikhil Jain is a Senior Software Engineer with Red Hat’s Performance and Scale Engineering team who focuses on the testing, analysis and improvement of Red Hat Automation Platform products and services.