With private automation hub in place, customers can control the Ansible content that they publish and make available within their organisation. Users can either consume these Collections from the command line or directly from within automation controller.

With this increased reliance on Collections and therefore private automation hub, Ansible Automation Platform 2.1 introduced the ability to deploy a highly-available instance of private automation. This is great for customers who need high-availability, but it does add some additional requirements in terms of supporting infrastructure - load-balancing, shared storage and high-availability PostgreSQL.

An alternative approach that I want to explore is to deploy multiple discrete instances of private automation hub. A recent enhancement in ansible-core2.11.6 means that when trying to install a Collection, it will now handle exceptions from Galaxy servers and continue to the next server until the Collection is found and installed. So what does this look like? 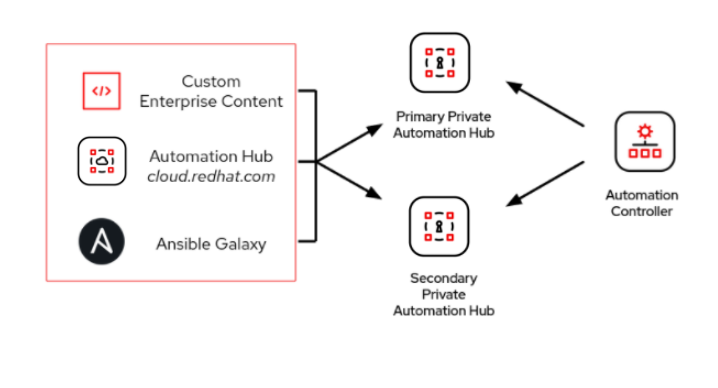 What are the pros and cons of this approach versus deploying a single highly available instance of private automation hub?

Configuration for the CLI

In the following example, the hub instances being added are hub1.demolab.local and hub2.demolab.local. Both instances are in sync and contain the same Ansible Content Collections.

When installing a Collection, ansible-galaxy will try to install in the order in which they appear in the “server_list”. If hub-1.demolab.local is down, then ansible-galaxy will warn that the first galaxy server is down, but will continue to the next server in the list in order to find the requested Collection. Remember, you need ansible-core 2.11.6 for this feature. Here is an example of this:

Within automation controller, you must define multiple credentials of type “Ansible Galaxy/Automation Hub API Token”. Here is the configuration for hub1.demolab.local.

The configuration must be repeated for hub2.demolab.local so that both Private Automation Hub instances are defined:

Next, associate the credentials to an organisation by setting the Galaxy Credentials. The order can also be adjusted to set the primary private automation hub for a specific automation controller:

Finally, test the configuration by attempting to sync a project which has a collections/requirements.yml file defined. The project sync should be successful despite hub1.demolab.local being unavailable. Clicking on the task in the project sync output should show that it failed to contact hub-1.demolab.local in the Standard Error:

While the Standard Out will show the Collection is installed from hub-2.demolab.local: 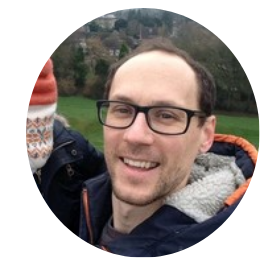 Pat Harrison works for Red Hat across the UK and Ireland as a Senior Specialist Solution Architect focused on Ansible Automation. Prior to this Pat worked as a Red Hat Consultant helping to deliver solutions across various Red Hat products.