Between the 3.6 and 3.7 releases, there have been significant performance advancements to improve event processing, job running performance and the user interface. This work was done in conjunction with our customers and the Red Hat Scale and Performance team. These include:

To better understand the delay between job run time and job results processing time, as well as running performance benchmarks, we created a HA Tower cluster setup, which is comparable to the average production setup.

For proper benchmarking, we needed to have a large number of job events sufficient enough to compare the performance improvements that were made between the versions. To reach that goal, we generated 100k job events by creating an inventory file with 100 fake hosts (with “ansible_connection: local”) and a job that generated 100 events/hosts. Launching 10 jobs concurrently over a given inventory produced 100k events, which was sufficient for our needs. 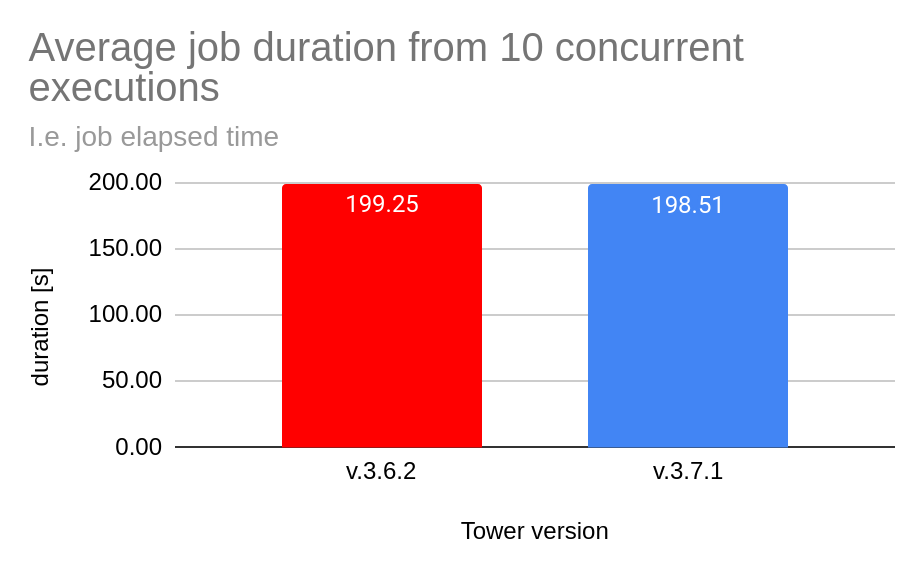 The duration of Ansible Tower completing 10 concurrent jobs remains the same on v3.6.2 and v3.7.1,which shows no sudden decrease of performance and thus is sufficient. 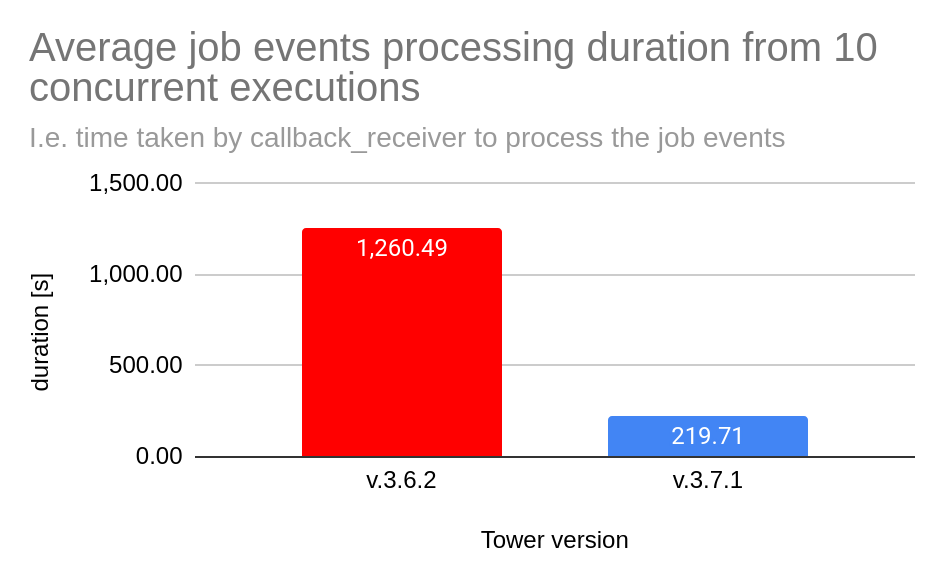 The duration it takes Ansible Tower to process all of the job results has been improved significantly: a 82.56% speedup of events processing on Ansible Tower v3.7.1 compared to v3.6.2. This is a major improvement and will lead to a drastically improved user experience.

The additional time required to process all the job results after the job finishes has been reduced by 95.77% in Ansible Tower v3.7.1 compared to v3.6.2. Again, a major improvement of performance is clearly visible here, bringing forward a smoother user experience around job events.

Takeaways & Where to go Next

With performance improvements that are made available starting in Ansible Tower v3.7.1, now Ansible Tower can process all the job results in less additional time to the job run time. This helps users to quickly view the job status updates in the Ansible Tower dashboard in a more Real-Time manner, leading to a much smoother and overall more pleasing user experience.