Our Most Popular Blog Posts of 2017 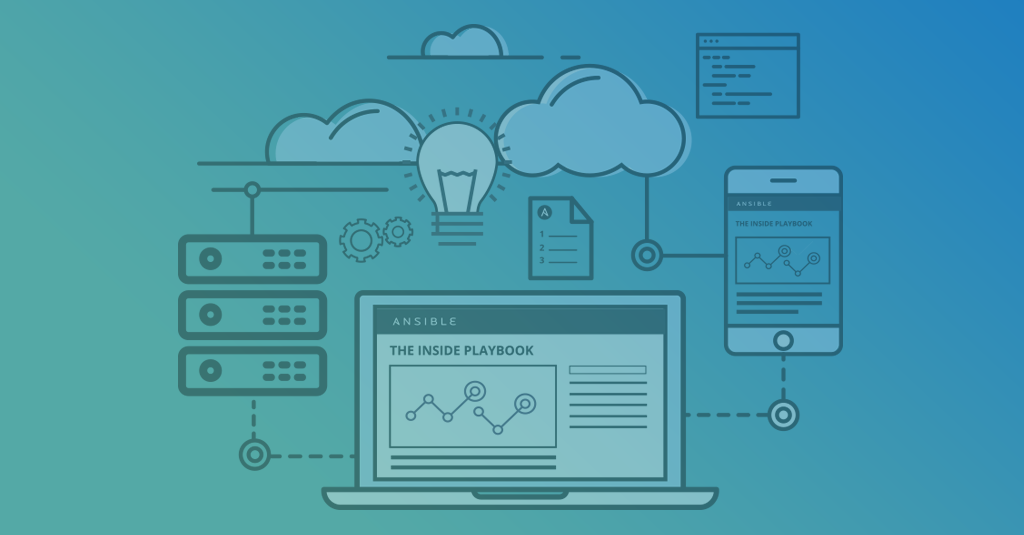 2017 was such a great year for the Ansible team at Red Hat. From launching Ansible Engine to open sourcing Ansible Tower, we’ve had a year to remember. And just in case you missed them, here are our 10 most viewed blog posts of the year to showcase all the fun we’ve had.

1. How to Extend Ansible Through Plugins

Did you know a large portion of Ansible’s functionality comes from the Ansible plugin system? These important pieces of code augment Ansible’s core functionality such as parsing and loading inventory and Playbooks, running Playbooks and reading the results. In this blog, we review each of these plugins and offer a high-level overview on how to write your own plugin to extend Ansible functionality. Read more.

In 2016, we added the first networking modules to Ansible, since then we’ve added hundreds of modules and many networking vendor platforms have been enabled. This year, our focus on networking enablement turned to increasing performance and adding connection methods that provide compatibility and flexibility. You were eager to learn all about it and made this our second most read blog of the year! Read more.

3. Getting Started: Writing Your First Playbook

A popular post in our “Getting Started” series is a great starting point for new Ansible users. We explain how a Playbook works, how to run one, and show you an example Playbook. Read more.

One of the key features introduced in Ansible 2.3 earlier this year was a new connection framework. This supports persistent SSH connections for modules that communicate with network devices via the tried and true CLI method or the newly included NETCONF method. This blog explains how it impacts Playbook runs and more. Read more.

Not to be outdone by the 2.3 release, the early fall Ansible 2.4 release was jam-packed full of updates for automating network infrastructure. After spending the last year heavily focused on building much of the foundation for Ansible network integration, this release represented the beginning of the journey towards building more application-aware, declarative-based Ansible modules. Read more.

6. The Release of the Ansible Container Project

AnsibleFest San Francisco saw the release of the AWX project – the open source project behind Ansible Tower that offers developers access to the latest features, plus an opportunity to directly collaborate with the Ansible Tower engineering team. Even if you’re only managing a small infrastructure, this blog breaks down five things you can do with AWX. And, we promise, they’ll make your job as a system administrator a whole lot easier. Read more.

Whether you’re a seasoned veteran of Ansible, or just starting out, this blog provides experts and newbies with an update to the Red Hat Ansible Automation portfolio of products from Red Hat, what it means to you, when you can get it, and where you go from here. Read more.

The 3.2 release of Tower introduced many enhancements that focus on making automation more powerful and flexible while enabling continued enterprise-wider deployment of automation. Here’s how it all comes together. Read more.

One of our senior engineers gets in the hot seat and explains why Ansible automation is ready for primetime on Windows. Read more.

That’s our top 10 of the year, but we’ve also found some room for a few honorable mentions. Blogs that deserve an encore because of the insights they provide.

Why Automation is Becoming a Business Necessity
IT departments are the modern factories powering today’s digital businesses. And just as today’s factories can’t compete without automation, automation will soon become imperative for IT organizations. Want to know why? Read more.

Fumbling Through Networking
Are you a systems person who’s dodged networking? This blog explores how you can safely explore interacting with Ansible and Ansible networking modules without the worry of breaking your infrastructure. Read more.

#AskAnsible: 5 Questions About Network Automation
What are the most important steps in your journey towards automating a networking environment, what pitfalls should you avoid? These and other questions are answered. Read more.

British Army Talks DevOps at AnsibleFest London 2017
It’s not often that a Lieutenant Colonel and a Linux Technical Architect get together on stage to speak about their experiences using Red Hat Enterprise Linux and Ansible Tower to implement modern DevOps and CI methodologies within their organization. You don’t want to miss this one. Read more.