VMC Launches with Ansible Modules for Provisioning and Management 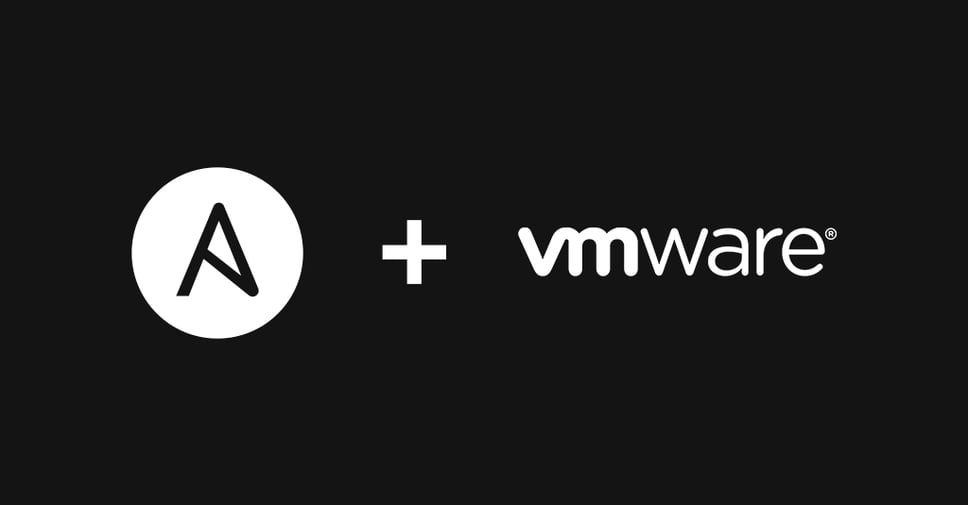 With the recent announcement of VMware Cloud on AWS (VMC) availability and pricing, the first question the Ansible team received was, “Will the vmware_guest modules work with cloud?”

Before we answer that question, let’s take a step back and look at why teams use Ansible to provision and manage VMware environments. VMware offers several automation tools that work well within the VMware ecosystems - so why Ansible?

What if you want to share automation across VMware and non-VMware infrastructure?

Enter Ansible. Ansible allows organizations to standardize on a simple IT automation language, regardless of technology, vendor or functional area.

The Ansible VMware page does a good job of covering the key points if you want more detail.

The good news is - yes - the Ansible VMware modules work with VMC out of the box.

VMC was announced as a hybrid cloud solution for VMware customers who want to leverage tools and skills that already exist in the organization. Using Ansible to provision VMs in on-premise (vSphere) and cloud (VMC) environments works in exactly the same manner.

pyVmomi is the Python SDK for the VMware vSphere API that allows you to manage ESX, ESXi and vCenter.

Now that we know the Ansible modules work across both VMware environments, let’s look at the reasons teams may choose to automate new VMC workloads.

Undoubtedly, the rise of public cloud has impacted the way many VMware customers approach new IT projects. Old IT processes that require planning weeks ahead to procure, provision and test new servers have been replaced with self-service IT and credit card billing. Shadow IT projects leveraging public cloud eliminate these delays and solve team's time to market issues - while creating headaches for IT and Compliance departments.

Red Hat® Ansible® Tower and VMC can solve these time to market issues, and offer self-service IT in a safe and compliant manner.

The time-to-market problem is solved by automating VMC’s on-demand model, and sharing that automation across teams. If you are already using Ansible and VMware, then chances are you already have a collection of Playbooks that describe your infrastructure, applications, etc. The same Playbooks used to provision on-prem vSphere environments, will also provision in VMC simply by changing the target Inventory. Like public cloud, VMs in VMC can be created instantly.

Provisioning in VMC offers new flexibility to IT teams new to public cloud. Ensuring these cloud environments are provisioned in a safe and compliant manner is of utmost concern to security and compliance teams. How to protect the security keys? Who can provision VMs? Is there an audit trail? These are all common security concerns that are addressed in Ansible Tower.

A marketing team needs to launch a temporary microsite in support of an upcoming promotion.

In this example, following internal IT process, the first step is to create a ticket for a new VM. The ticket is picked up by the infrastructure team, who builds the VM and hands it off to a separate application team to provision the web server and required apps. Finally, the new VM is delivered to the marketing team to build the website.

If the same marketing team used Ansible Tower + VMC, the entire workflow could be launched by a single button click in Ansible Tower and provisioned in VMC in minutes. Watch a demo here. In addition to time savings, Ansible Tower gives Ops teams the power to describe any IT task to be automated, and share the power to launch these automations to non-privileged users in a safe and compliant manner.