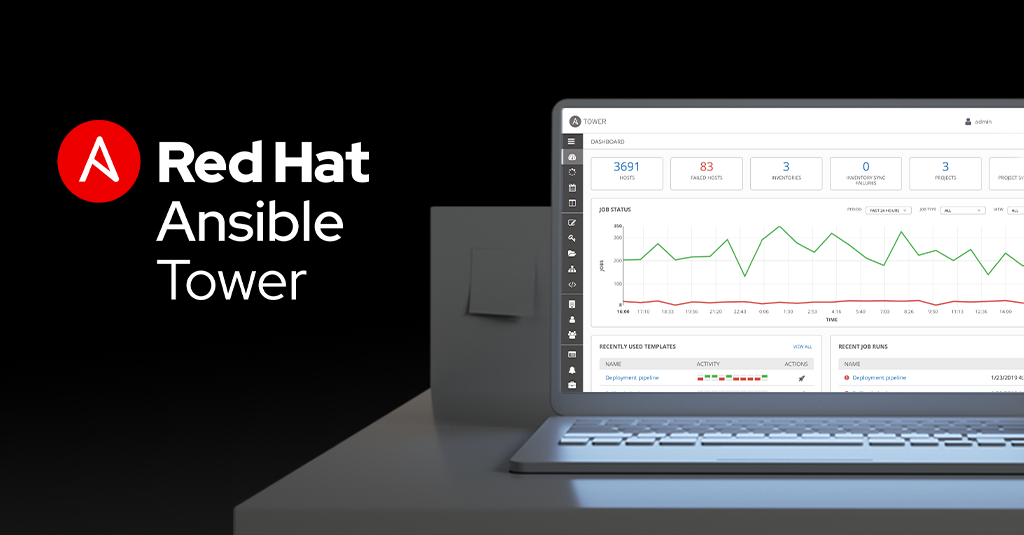 We're excited to announce that Red Hat Ansible Tower 3.5 is now generally available. In this release, there are several enhancements that can help improve automation practices. Engineering has been working hard to enhance Ansible Tower and here are a few things we're most excited about:

In addition to a number of enhancements that have been made, the Ansible Tower 3.5 release saw over 160 issues closed. Let’s go over the highlights in this release.

With a special thanks to our partners, Ansible Tower 3.5 now supports the following external vaults:

If you’d like to learn more about incorporating any of these new credentials vaults please read the Secret Management System documentation.

With the new Inventory Plugins, Ansible Tower can now utilize a variety of sources for its inventory to include the new Ansible Engine plugins for Microsoft Azure, Google Cloud Platform, and Red Hat OpenStack Platform. This helps enable out of the box connection capabilities to hybrid cloud enterprise environments.

The new Privilege Escalation Plugins handle complex privilege escalation in your enterprise environment. For users who need to go beyond ‘sudo’ or ‘su’, Ansible Tower is there with features that allow for more granular control of which user executes tasks on managed systems.

We’ve improved the list display to make it easier to use, and utilize space better. Lists can now be expanded to show details, and collapsed to show more items. Lists can be sorted by most important fields and filtered by nearly any property.

There is also a metrics endpoint which can be used with tools like Prometheus to monitor Ansible Tower (/api/v2/metrics). This will enable Ansible Tower metrics to be shared amongst a variety of cloud native applications and several monitoring platforms.

Ansible Tower 3.5 is available now. You can try the latest version of Red Hat Ansible Tower via local install, Vagrant, or Amazon AMI.

Also, please join us for our What's New in Ansible Automation webinar on June 4th at 2PM EDT to hear about the latest updates to Red Hat Ansible Tower as well as Red Hat Ansible Engine.

Join us September 24-26, 2019. We will follow the same format as last year with a Welcome Party on the evening of September 23, two days of content on September 24-25, and some add-on options, like workshops, on September 26. Sign up for AnsibleFest announcements so you don’t miss any of these important dates. And don’t forget for those who want to tell their awesome Ansible Automation story, to submit your talk during our open Call for Proposals for AnsibleFest Atlanta here. The CFP will close on June 4, 2019.