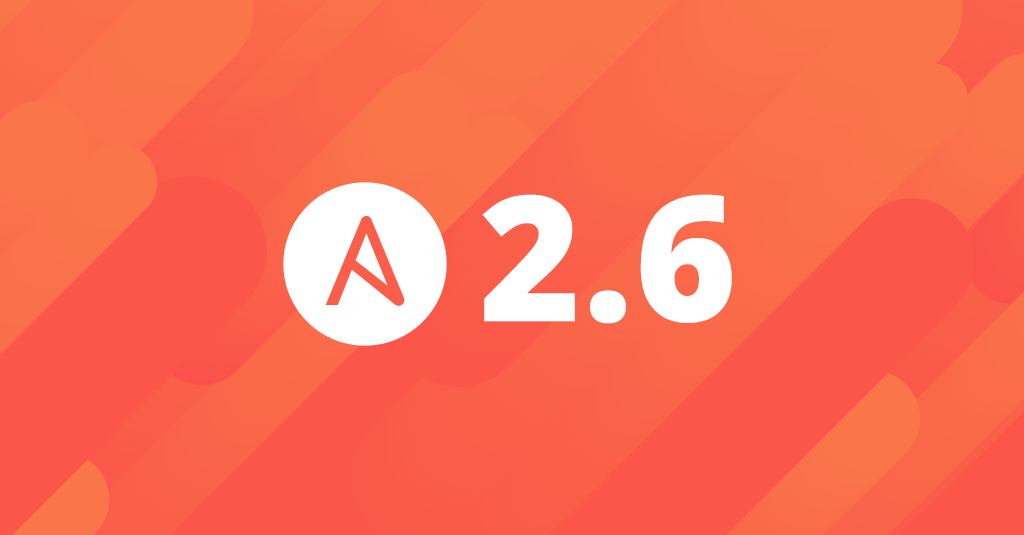 Guess what!? Another release has come upon us! Your time has come to upgrade to Ansible 2.6-”Heartbreaker.” Utilize some great updates to automate to your heart’s desire, and avoid being heartbroken. See what I did there?

Let’s dive right into some of the changes.

One little bit of house cleaning before getting into the rest of the fun. The deprecated task option always_run has been removed, please use check_mode: no instead.

For any more information on behavioural changes from Ansible 2.5 to Ansible 2.6, please check out the Porting Guide.

In the development cycle of 2.6, we started to tackle a memory utilization problem that some of our users experienced in Dynamic Includes. In some cases, we have seen “roughly a drop of 50% memory consumption,” and in one scenario we had seen execution times of 21 seconds down to 8 seconds after the change was applied. Cool little bit, a bunch of these fixes were also back-ported to Ansible 2.5 as well as Ansible 2.4! In a future blog post, we plan to go into more detail of what was done to improve upon Dynamic Includes. Also, look forward to more features to be added to Includes and Imports in the future!

For those not aware, a CVE was posted for Ansible; which was fixed in Ansible 2.6, as well as back-ported to 2.5 and 2.4. Some connection exceptions would cause no_log specified on a task to be ignored. If this happened, the task information, including any private information could have been displayed, and (if enabled) logged to a log file specified.

A while back, I did a Feature Spotlight on our new Inventory Plugin system. In Ansible 2.6, we have provided more plugins to utilize for your environments. Here’s a list of what was provided:

More cloud content you say?! Okay, we’ll give you some more cloud content! Here are some highlights of what was released this version. For the full list of content released, please see the Release Notes.

And we made a lot of updates to the Ansible Network Automation documentation.

We have released a slew of bug fixes, removed some deprecated feature, and finally added some new content for our lovers of the Microsoft Operating System family.

Here are the previously deprecated iems removed this release. Once again, please view the Porting Guide for this release for all behavioural changes information.