Developing and Testing Ansible Roles with Molecule and Podman - Part 1

One of the beauties of the Red Hat Ansible Automation Platform is that the language to describe automation is readable not only by a few dedicated experts, but by almost anyone across the IT ecosystem. That means all IT professionals can take part in the automation, enabling cross team collaboration and really drive automation as a culture inside an organization. With so many people contributing to the automation, it is crucial to test the automation content in-depth. So when you’re developing new Ansible Content like playbooks, roles and collections, it’s a good idea to test the content in a test environment before using it to automate production infrastructure. Testing ensures the automation works as designed and avoids unpleasant surprises down the road.

Testing automation content is often a challenge, since it requires the deployment of specific testing infrastructure as well as setting up the testing conditions to ensure the tests are relevant. Molecule is a complete testing framework that helps you develop and test Ansible roles, which allows you to focus on the content instead of focusing on managing testing infrastructure.

According to its official documentation, Molecule is a project:

“designed to aid in the development and testing of Ansible roles. It encourages an approach that results in consistently developed roles that are well-written, easily understood and maintained.”

Molecule allows you to test your role with many instances, ensuring it works properly across different combinations of operating systems and virtualization environments. Without it, you would have to provision and maintain a testing environment separately. You would also have to configure connectivity to those instances and ensure they are clean and ready before every test. Molecule manages those aspects for you in an automated and repeatable manner.

If this role is part of a Collection, use this approach to develop and “unit” test the role. In a future article, we’ll see how to use Molecule to run integrated tests in a Collection.

Molecule uses drivers to provision testing instances using different technologies, including Linux containers, virtual machines and cloud providers. By default, it comes with three drivers pre-installed: Docker and Podman drivers to manage containers, and Delegated that allows you to customize your integration. Drivers for other providers are available through the open source community.

In this article, we will use the Podman driver to develop and test a new role using Linux containers. Podman is a lightweight container engine for Linux that does not require a running daemon, and allows execution of containers in “rootless” mode for increased security.

By using Molecule with the Podman driver, we will develop and test a new Ansible role from scratch. This basic role deploys a web application supported by the Apache web server. It must run on Red Hat Enterprise Linux (RHEL) 8 or Ubuntu 20.04 operating systems.

This example shows a common scenario where a role is expected to work on different versions of operating systems. Using Podman and Linux containers allows us to create many instances to test the role with the specific required versions. Since containers are lightweight, they also allow us to quickly iterate over the role functionality while developing it. Using containers for testing roles is applicable in this situation because the role is configuring the running Linux instances only. To test other provisioning scenarios or cloud infrastructure, we can use the delegated driver or another appropriate driver provided by the community.

What do you need?

To follow this tutorial, use a physical or virtual machine running Linux with Python 3 and Podman installed. For these examples, we’re running RHEL 8.2. You also need Podman configured to run rootless containers. The installation of Podman is out of the scope of this blog, so please refer to the official documentation for more information. To install Podman on RHEL 8, you can also check the RHEL 8 container documentation.

Molecule is available as a Python package and thus can be installed via pip. As a first step, we create a dedicated Python environment for our Molecule installation, and install it there:

Note that we installed Molecule with the “lint” option. By using this option, pip also installed the “yamllint” and “ansible-lint” tools that allow you to use Molecule to  perform static code analysis of your role, ensuring it complies with Ansible coding standards.

The installation downloads all of the dependencies from the Internet, including Ansible. Verify the installed version:

Next, let’s use the “molecule” command to initialize a new Ansible role.

Generally speaking, when developing a new Ansible role, you initialize it by running the “ansible-galaxy role init” command. In this case, instead use “molecule” to initialize the new role. By doing this, you’ll have the same role structure provided by the “ansible-galaxy” command and the basic boilerplate code required to run Molecule tests.

By default, Molecule uses the Docker driver to execute tests. Since we want to execute tests using “podman”, we need to specify the driver name using the option “--driver-name=podman” when initializing the role with “molecule”.

Switch back to the “molecule-blog” directory and initialize the new role “mywebapp” with this command:

Molecule created the structure for your new role in a directory named “mywebapp”. Switch into this directory and check the content created by Molecule:

Molecule includes its configuration files under the “molecule” subdirectory. When initializing a new role, Molecule adds a single scenario named “default”. Later, you can add more scenarios to test different conditions. For this tutorial, we’ll use the “default” scenario.

Verify the basic configuration in the file “molecule/default/molecule.yml”:

As per our requirements, this file specifies the Podman driver for tests. It also defines a default platform “instance” using the container image “docker.io/pycontribs/centos:7” that you’ll change later.

Unlike Molecule v2, Molecule v3 does not specify a linter by default. Open the configuration file “molecule/default/molecule.yml” using your favorite editor to include the lint configuration at the end:

Save and close the configuration file. Run “molecule lint” from the project root to lint the entire project:

Now re-lint the project and verify that there are no errors this time.

The role is initialized and the basic molecule configuration is in place. Let’s set up the test instances next.

By default, Molecule defines a single instance named “instance” using the “Centos:7” image. According to our requirements, we want to ensure our role works with RHEL 8 and Ubuntu 20.04. In addition, because this role starts the Apache web server as a system service, we need to use container images that enable “systemd”.

Red Hat provides an official Universal Base Image for RHEL 8, which enables “systemd”:

For Ubuntu, there’s no official “systemd” enabled images so we’ll use an image maintained by Jeff Geerling from the Ansible open-source community:

To enable the “systemd” instances, modify the “molecule/default/molecule.yml” configuration file, remove the “centos:7” instance and add the two new instances.

With these parameters, we’re mounting the temporary filesystem “/run” and “/tmp”, as well as the “cgroup” volume for each instance. We’re also enabling the “SYS_ADMIN” capability, as they are required to run a container with Systemd.

Also, if you’re following this tutorial on a RHEL 8 machine with SELinux enabled - as it should - you need to set the “container_manage_cgroup” boolean to true to allow containers to run Systemd. See the RHEL 8 documentation for more details:

Molecule uses an Ansible Playbook to provision these instances. Modify and add parameters for provisioning by modifying the “provisioner” dictionary in the “molecule/default/molecule.yml” configuration file. It accepts the same configuration options provided in an Ansible configuration file “ansible.cfg”. For example, update the provisioner configuration by adding a “defaults” section. Set the Python interpreter to “auto_silent” to prevent warnings. Enable the “profile_tasks”, “timer”, and “yaml” callback plugins to output profiling information with the playbook output. Then, add the “ssh_connection” section and disable SSH pipelining because it does not work with Podman:

Save the configuration file and create the instances by running “molecule create” from the role root directory:

Molecule runs the provisioning playbook and creates both instances. You can check the instances by running “molecule list”:

You can also verify that both containers are running in Podman:

While developing the role, Molecule uses the running instances to test it. In case a test fails, or an error causes an irreversible change that requires you to start over, delete these instances by running “molecule destroy” and recreate them with “molecule create” at any time.

Takeaways and Where to go Next

Now that you’ve successfully installed, configured and used Molecule to set up new testing instances, you are ready to apply it to help develop and test the Ansible role.

In Part 2 of this blog series, we will use Molecule to aid with the role development. If you cannot wait until then and want to dive deeper into the topic of role development and testing, or Ansible automation in general, we’ve collected some resources in the meantime:

*Red Hat provides no expressed support claims to the correctness of this code. All content is deemed unsupported unless otherwise specified 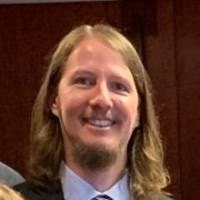 Ricardo Gerardi is a Senior Consultant at Red Hat Canada where he specializes in IT automation with Ansible and OpenShift. He has experience in the telecommunications sector, having worked as Senior Architect at TELUS, and had previous experience as Senior Consultant and Pre-Sales Specialist for Network Management solutions at IBM Brazil and IBM Canada for 13 years. Ricardo has been a Linux enthusiast for over 20 years. He is currently interested in hacking stuff using the Go Programming Language, automating DevOps with Ansible, and containerized application deployment with OpenShift and Kubernetes. Ricardo lives around Toronto with his family and, when not playing with his daughters, he likes to read science fiction books and play video games.