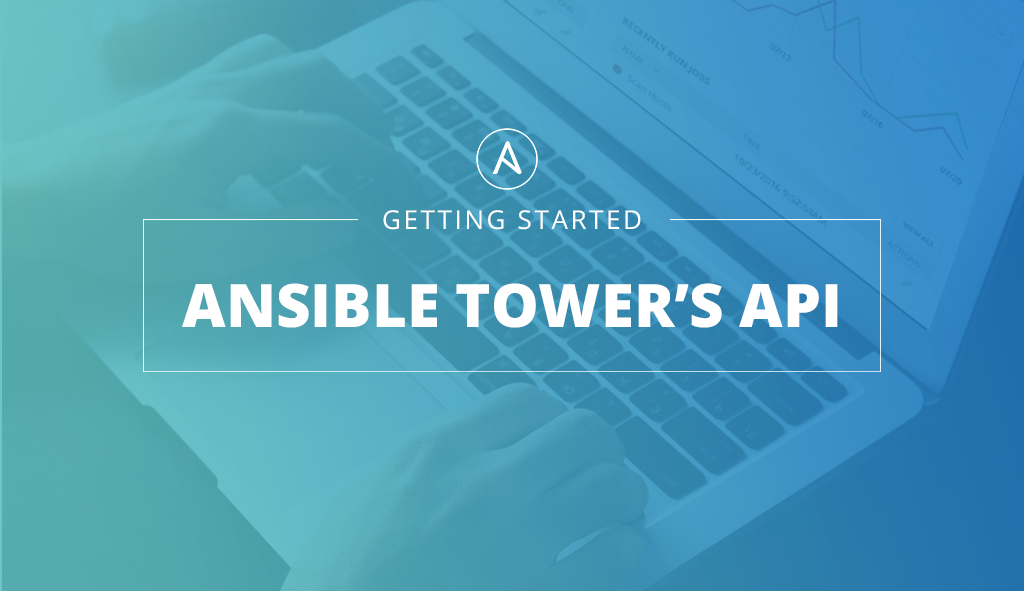 Welcome to another entry in the Getting Started series. The API (Application Programming Interface) or, as I like to refer to it, the Magical Land of Automation Information, can be used in quite a few ways. In this Getting Started post, we will be discussing Red Hat Ansible Tower’s API and how you can use it to extract information to utilize in your playbooks and other tools.

The idea for this blog post came about when David Federlein was developing a new Ansible Tower demo and presentation. I will be making references to that codebase, which you can follow along with throughout this post. Please note that this demo utilizes Vagrant and VirtualBox so you’ll need to have those applications installed if you would like to stand up the demo yourself.

Ansible Tower’s API is fully browsable. You can navigate to your instance’s REST API by typing this into your browser: http://<Tower server name>/api/v2. Once there, you can click any of the listed links and view the current objects loaded for that particular attribute in Ansible Tower. Everything you can do in Ansible Tower's UI can be done from the API; you can also use it to view everything from credentials to users. As we’ll review in the next section, you can manually post to the API or make calls through a playbook.

Posting to the API

There are many different ways that you can make calls to the API, but today we are going to focus on two of the most basic:

What I mean by “basic” here is that these methods are done only through Ansible Tower. As most of you might know, you can do some pretty amazing stuff with the information from Ansible Tower with other applications.

We’ll not only be able to configure and modify Ansible Tower via these methods, but we’ll also demonstrate that you can kick off jobs via API call as well. This will allow tighter integration with other aspects of your enterprise infrastructure and give the ability to run Red Hat Ansible Engine workloads while still restrained by the role-based access controls configured around those resources and Job Templates.

For starters, the easiest (albeit not the quickest or most automated) way to post to the API is from the API interface. Here you can select an object to post to. Each object has a template at the bottom of the page that displays the fields that can be contained in a post.

For example, let’s say you want to add a project to your Ansible Tower instance via the API. All you would have to do is navigate to your Ansible Tower’s API screen (https://<towerip>/api/v2) select the project URL (/api/v2/projects/) and then scroll down to the bottom. Displayed there will be the content, which will look like this:

Once you have that content, fill in the quotes with the relative information from your environment. After you paste it into your field, hit POST. If that posted successfully, you can view the project in the Ansible Tower UI and also through the API.

If it failed, you will receive a notification of a bad request. The method for fixing the error will show up in quotes below it. For example, if you are creating a user and fail to enter a password for that user, it will fail and return the following error:

If you run into any issues with making a post to the API (like the above error), the OPTIONS button found at the top right of the UI next to GET can be of great help. The OPTIONS button describes the acceptable values for POST, PUT and PATCH for the specific object or endpoint you are wishing to post to.

Once the error you have found is fixed in the content field, hit "Post" one more time and note that the object has now been added to Ansible Tower successfully.

Posting Via a Playbook

Another way to post to Ansible Tower’s API is through a playbook. The GitHub repo that I linked earlier in the post does this throughout the post installation plays. Almost everything done after the installation is done through the API.

To see it in action, let’s sync that project that you just added into your instance. This will require some prior knowledge on the construction of Ansible Playbooks. If you need help or want to brush up on your playbook knowledge, you can visit our documentation.

The play that kicks off the job sync utilizes the URI module within Ansible. This module is used to interact with web services, such as the Ansible Tower API. This exact play can be found in the codebase that I linked above at `/roles/tower/main.yml`.

In this playbook task, we are telling Ansible to navigate to the API URL for your project. In this instance, it’s https://localhost/api/v2/projects/7/update/. Notice that the project has a number before update. Projects are assigned a number in Ansible Tower based on the timing of their entry into Ansible Tower. This number can only be found by navigating to the API interface for projects https://<your_ip_here>/api/v2/projects/. Once there, you will need to find the project you wish to sync and then make a post to the update endpoint of that project number. The example does the update on project number 7.

Once you have found the correct project you want to update, you will need to make a post to the update endpoint. In this example, since we are updating project 7, the endpoint is https://localhost/api/v1/projects/7/update/.

For this post to work successfully with the URI module, you will need to also pass the API your user credentials that you log into Tower with. In this example, we are using the default admin user. You can use whichever user that has sufficient access to make such a post.

Kicking Off a Job

Now, the header might seem a little ambiguous. “Jake, kicking off a job isn’t that hard in Ansible Tower.” This is correct, but for this example, we are going to kick off a job in Ansible Tower from a playbook task, which is yet another thing you can do by making a call to the API. The specific example I am going to reference can be found in the vagrant-common role (/roles/vagrant-common/main.yml).

Now once you get your spectacles out, the task that I am narrowing is found in the example below:

At first glance, you are seeing the shell module in use, running a curl command to a specific https endpoint. It just so happens that this https endpoint is the API endpoint for launching a specific job template.

Once you find the correct job template, the https endpoint will look something like api/v2/job_templates/8/launch/. Hit that endpoint with a `-XPOST` in a curl command and you should be cooking with gas.

This has only been a small dive into all of the things that you can do with the API of Ansible Tower. If you are interested and would like to learn more, you can visit the Ansible documentation for the API.

Don’t forget to mark your calendar for AnsibleFest 2018! This year the Getting Started Team will be in Austin, Texas for two full days of Ansible Automation October 2-3.

We'd also like to mention another member of our Getting Started team, Bianca Henderson helped in crafting this blog post. You can find Bianca on LinkedIn and Twitter as @bizonks.