Walking on Clouds with Ansible

Today is a good day, and when it's a day like this we often feel like we are walking on clouds. With this latest announcement for the newest Red Hat Ansible Certified Collections available to our customers on the 28th of November, I am sure many cloud practitioners will be anticipating what the future will bring for their cloud automation.

Over the last few months, there has been a fair amount of activity in the Ansible team showing how Red Hat Ansible Automation Platform can extend and connect different technologies. This has been a crucial component of Ansible’s success in cloud automation for many customers. 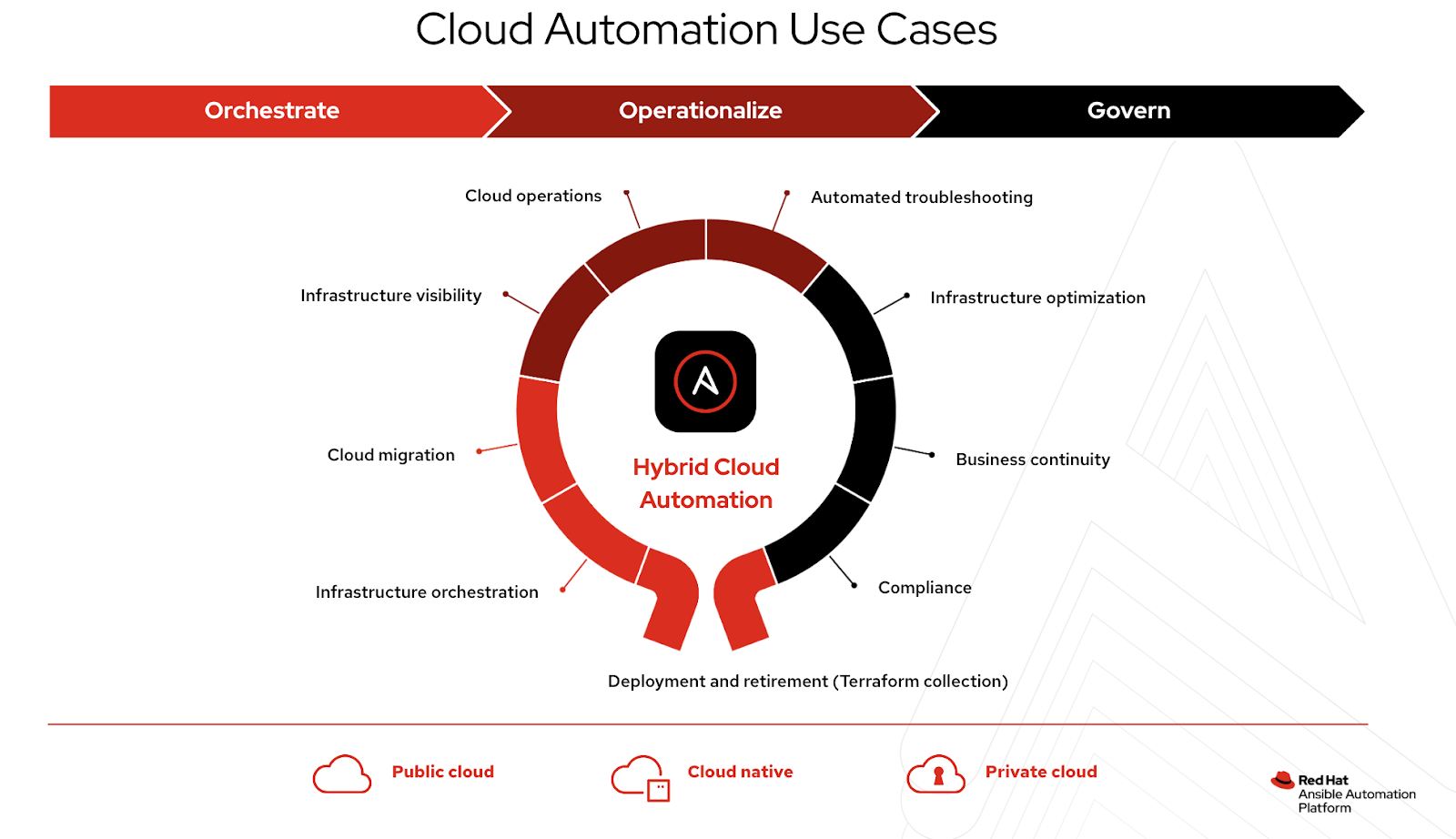 Cloud automation requires the ability to perform many different complicated tasks and cover just as many domains. Often, organizations have different technologies to meet specific requirements and needs. One of the technologies widely used is Terraform.

We have done a number of blogs recently on the topic, ranging from a simple example of using Terraform with Ansible Automation Platform - Terraforming Clouds with Ansible, to in-depth looks at the differences between the tools - Ansible vs Terraform Demystified and Ansible vs Terraform, clarified. AnsibleFest 2022 even featured a lab where we got to work with Terraform through automation controller, allowing us to centralize the provisioning and de-provisioning of cloud infrastructure with Terraform while running post-provisioning configuration through Ansible.

Traditionally the modules used to work with Terraform have come from the community, however, with the greater demand for an official Collection with the backing of Red Hat support, we have announced cloud.terraform, a Red Hat Ansible Certified Collection for Terraform.

So what is the cloud.terraform collection?

This Collection is available on Ansible automation hub as of today and allows for the management and provisioning of cloud infrastructure as code with Terraform within an automation execution environment. The Collection currently contains two modules and example roles to assist you in bringing your Terraform workloads onto Ansible Automation Platform in a certified and supported way.

These modules allow Ansible to apply Terraform plans as well as to provision and deprovision infrastructure. Currently, we support AWS, Azure, and Google Cloud as providers for Terraform and we support azurerm, gcs, and s3 as backends. One important note is that we do not support the local backend for Terraform, and there are two reasons for this.  Firstly, many practitioners of Terraform agree that using the local backend is not a best practice to follow in production, and secondly, since we trigger automation from execution environments, the local backend storage is not persistent or the same with each execution.

Let us have a look at what module usage will look like in an Ansible Playbook:

This replaces the current community.general.terraform module for general functionality.

This module allows us to extract values from Terraform state files and allows you to store them as facts.

In addition to these modules, the Collection also includes two example roles to retrieve project files from Git repositories as well as a role to create the in-memory inventory in the above example.

Ansible Automation Platform with Terraform, but why?

Although both Ansible and Terraform can provision infrastructure and cloud workloads, many customers find themselves using Terraform for its ease of use with infrastructure as code, however, after provisioning there is a gap in the Terraform tooling. Being able to use Ansible allows us to address this and bring a fully automated workflow with both tools. This also means that customers who have spent time and money building their Terraform manifests do not need to replace Terraform but rather allow Ansible Automation Platform to orchestrate the provisioning as well as configuration management. These tools are better together! 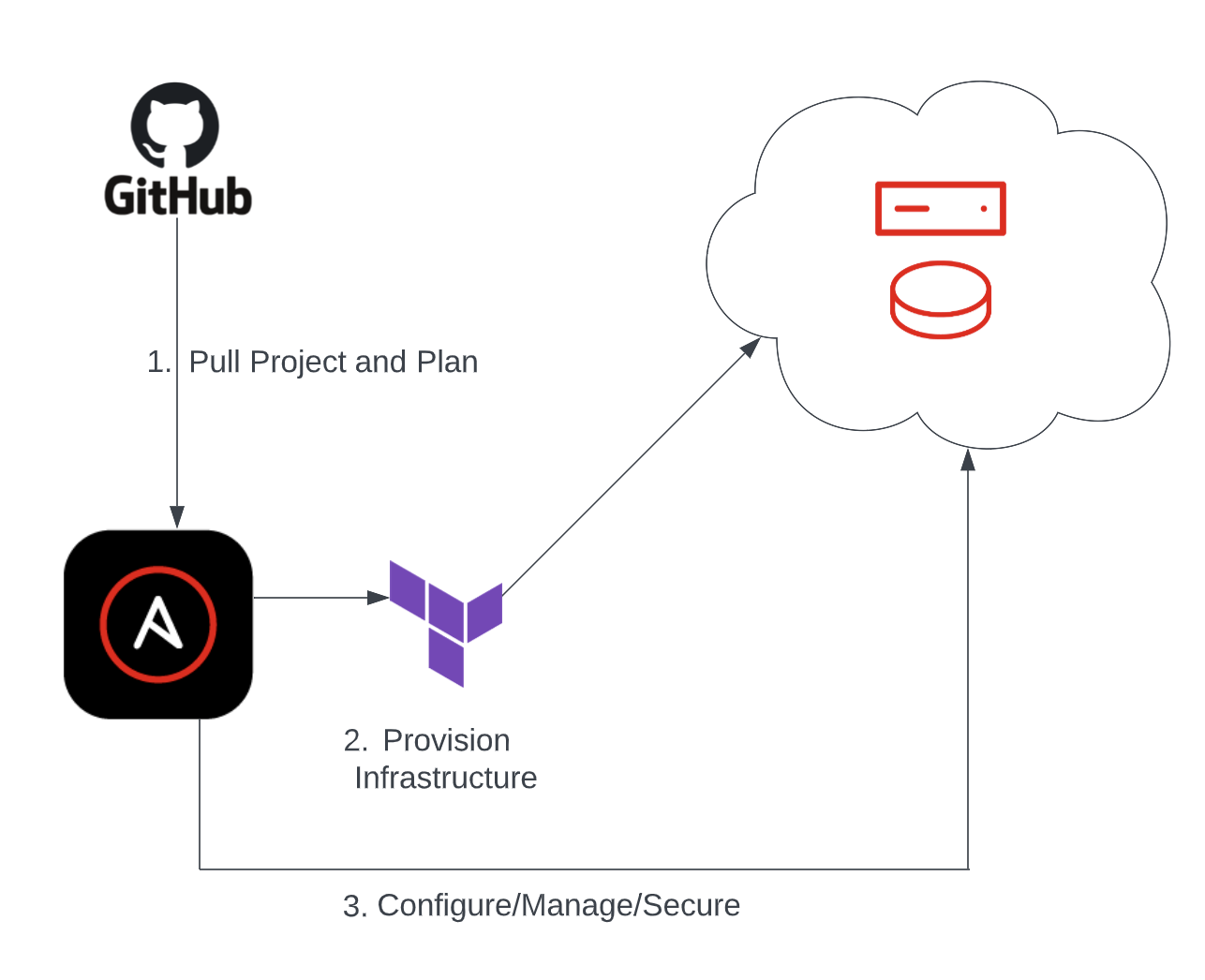 This is just the beginning, but great things are coming!

Nuno is a Technical Marketing Manager for the Ansible Automation Platform. He is a Red Hat Certified Architect and a Certified Instructor with over 15 years of experience in multiple technologies. Currently based in South Africa, he has international experience with having worked all over Europe and Africa.