AUTOMATION IN THE NETWORK?

The pace at which applications are developed and deployed continues to accelerate, bringing tangible benefits to businesses and their customers. To keep up, businesses are looking to eliminate IT bottlenecks through models like DevOps to improve internal processes, and automation to speed up workflows. While DevOps and automation are commonplace in many IT departments on the server side, true network automation remains elusive for most.

Even as the processes and toolchains for developing and delivering applications evolve, some things remain the same. Applications still require application delivery services like identity and access management, web application security and TCP optimization, to ensure they remain fast, secure and available in production environments. Why not use Ansible to automate these functions?

F5 users can automate and orchestrate using Ansible through a series of integrations with the F5 BIG-IP API-called modules. These modules leverage the full API support implemented on F5 BIG-IP hardware and virtual platforms.

Ansible F5 modules enable most common use cases, such as:

Explore list of network modules for F5 in Ansible Docs.

Visit the Ansible page on F5 for even more info. 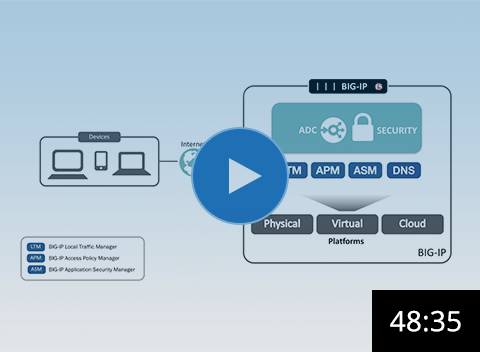 Automate your network with F5 and Ansible